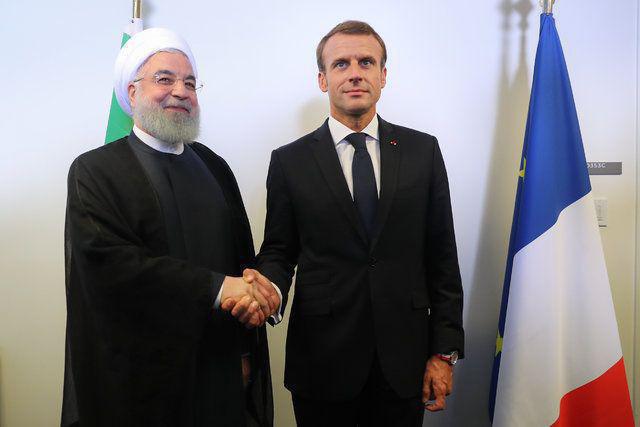 During the Wednesday meeting, the two sides discussed the latest regional and international issues, particularly the necessity of finding solutions to ease tensions.

They also conferred on the need to keep safeguarding the Iran nuclear deal, officially known as the Joint Comprehensive Plan of Action (JCPOA).

Araqchi arrived in Paris on Tuesday to convey President Rouhani’s message, which informed sources say contained Iran’s alternative offer to save the nuclear accord, in response to an earlier plan set forth by Macron.

In the meeting, Le Drian welcomed the Iranian emissary and touched upon the recent developments and diplomatic contacts between the two countries.

He described as significant Araqchi’s visit to Paris, and said France seeks to ease the current tensions.

The top French official noted Paris emphasizes the implementation of the Iran nuclear deal known as the Joint Comprehensive Plan of Action (JCPOA) will press ahead with its efforts in that regard.

He further said although the process to initiate the Instrument in Support of Trade Exchange (INSTEX) has been a long one, it is considered a key political step to put the mechanism into operation.

Araqchi, in turn, elaborated on the latest situation of Iran’s nuclear issue and the trend of Tehran scaling back its commitments under the JCPOA.

“The Islamic Republic of Iran has put on its agenda the scaling back of its obligations under the JCPOA in accordance with its rights stipulated in the agreement, and diplomatic channels remain open,” said Iran’s envoy.

He thanked efforts and initiatives by France, especially by Macron, and said he would submit President Rouhani’s message to his opposite number during his stay.

He further described security in the Persian Gulf as very important.

“Iran will try its utmost to ensure security in this region, especially in the Strait of Hormuz, and will not allow any disruption in the trend of shipping in this sensitive region,” said Araqchi.

He also referred to Washington’s economic war against Iranian people.

“By imposing its illegal and unjust sanctions, the United States has targeted all Iranian people.” said the Iranian emissary.

“Europe is expected to adopt a clear stance on opposing the United States’ policy of seeking to bring Iran’s oil sales to zero, which is part of the ‘maximum pressure’ strategy,” he noted.

He reiterated that Iran will continue to export its petroleum under any circumstances.