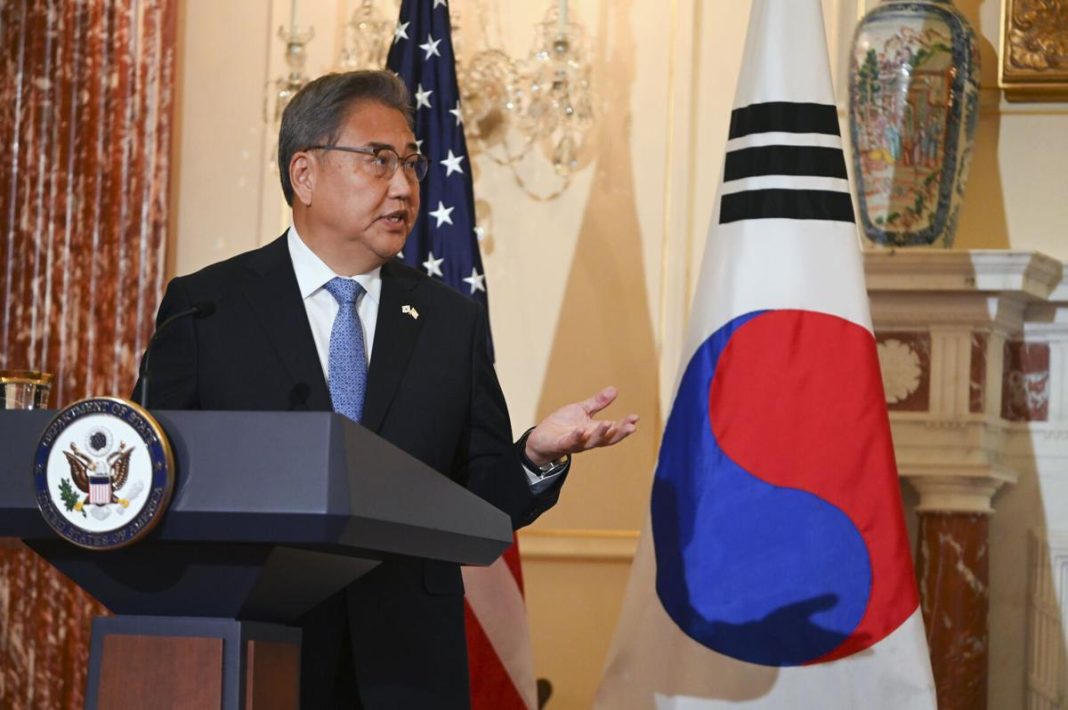 Speaking in a joint press conference with the US Secretary of State Antony Blinken on Monday, Park stated that South Korea wants to have a mutually beneficial relationship with Iran; however, there are some obstacles regarding Iranian funds frozen in South Korea due to US sanctions.

“Korea will discuss it with Iran and also with the United States,” he added.

He also expressed hope that the issues surrounding the negotiations on the 2015 Iran nuclear deal would be solved as soon as possible.

“If that happens then I think that these obstacles could be fixed as well,” Park went on to say, adding that more diplomacy and dialogue with Iran is needed to have a positive result out of the negotiations on the nuclear issue.

US Special Envoy for Iran Robert Malley said in a tweet that he had a call with South Korea’s Vice Foreign Minister Cho Hyundong, adding that Washington and Seoul were “committed to coordinating our efforts across a wide range of shared interests on Iran.”

Iran is one of the main oil suppliers for South Korea and imports industrial equipment, home appliance, and car parts from this country.

South Korea has failed to pay its debt regarding the 7.8 billion dollars of oil it bought from Iran in 2017. Seoul has also stopped buying Iran’s oil as a matter of enforcing US sanctions, but Iran has said that it constituted a violation of international law.