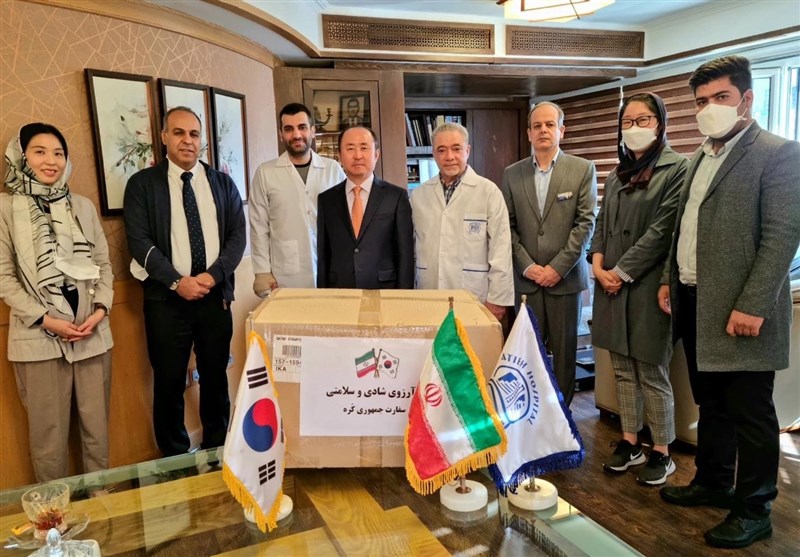 South Korea's recent donation of 2,000 face masks to a hospital in Tehran has triggered controversy as the country refuses to release several billion dollars of Iranian oil money in line with anti-Iran U.S. sanctions.

The donation has outraged many Iranians, with some taking to twitter to express their anger.

Some social media users have responded to the move on the South Korean Embassy’s twitter page calling on Seoul to release Iranian funds immediately.

“Iranians are not in need of the small number of masks you have bothered to donate. And just for your information, Iran is now an exporter of masks,” a social media user wrote on the embassy’s page. “Release the Iranian nation’s funds if you are so determined to look civilized.”

Another user wrote that “Atieh Hospital should not have accepted such humiliation.”

Some others said the South Korean Embassy has insulted the Iranians rather than sending a friendly signal.

The angry reactions poured in after the Korean embassy in Tehran announced in a Twitter post that ambassador Yun Kanghyeon donated the face masks to Atieh Hospital on October 26 to “help the Iranian people overcome Covid-19.”

Iran has repeatedly called on Seoul to unfreeze nearly eight billion dollars in payment for crude imports seized because of American sanctions.

Before the re-imposition of US sanctions in 2018, the Islamic Republic was South Korea’s third-largest trade partner in West Asia.