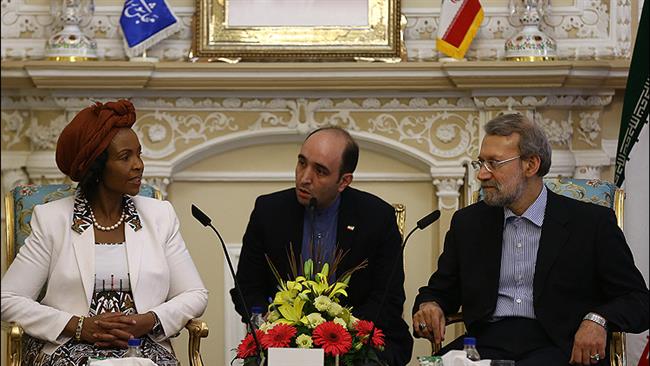 The adoption of the military approach in dealing with Yemeni crisis could bring about harmful outcomes including the spread of insecurity and terrorism, said Maite Nkoana-Mashabane.

The South African minister of international relations and cooperation has rejected a military approach to the current crisis in Yemen, saying that using force against the impoverished Arab country could further destabilize the Middle East and instigate more chaos and insecurity in the world.

Maite Nkoana-Mashabane said on Sunday that the crisis in Yemen has no other solution than a diplomatic one, saying that Pretoria has initiated efforts aimed at mediating the conflict in Yemen.

The South African minister made the remarks in a meeting with Iranian Parliament (Majlis) Speaker Ali Larijani during his one-day visit to the Iranian capital Tehran.

South Africa has started communicating with the Arab League to find a political solution to the crisis in Yemen, Nkoana-Mashabane said, adding that the adoption of the military approach in dealing with the crisis could bring about “unwanted and harmful” outcomes including the spread of insecurity and terrorism in the region and the world.

The Iranian parliament speaker, for his part, described as “robust and growing” the relations between Tehran and Pretoria, saying that the two countries have enjoyed friendly relations since the fall of the apartheid regime in South Africa.

Larijani also called for the removal of the existing obstacles in the way of expanding bilateral relations, especially those related to the nuclear sanctions imposed on Iran’s banking and financial system.

He added that cooperation could have positive outcomes for sustainable peace and security in the region and the world.

Iran, South Africa should up cooperation

During the meeting Zarif said that Iran is interested to raise the current level of ties in various economic and business fields.

Despite the existing bans imposed on Tehran over its nuclear program, Iran and South Africa could cooperate in major fields such as oil and gas as well as financial and banking activities, Zarif said.

The Iranian foreign minister also said what matters to Iran most is the “mechanisms for implementing agreements” with South Africa.

The South African foreign minister, for her part, described as important the expansion of political and economic relations, saying the main objective of her trip to Tehran is to trigger a sensible and achievable growth in the bilateral ties. 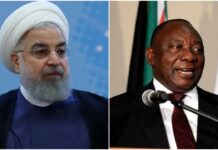 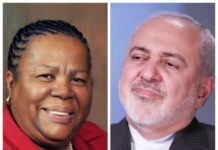 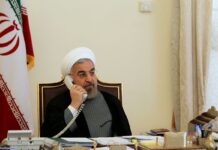 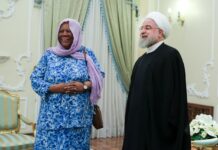