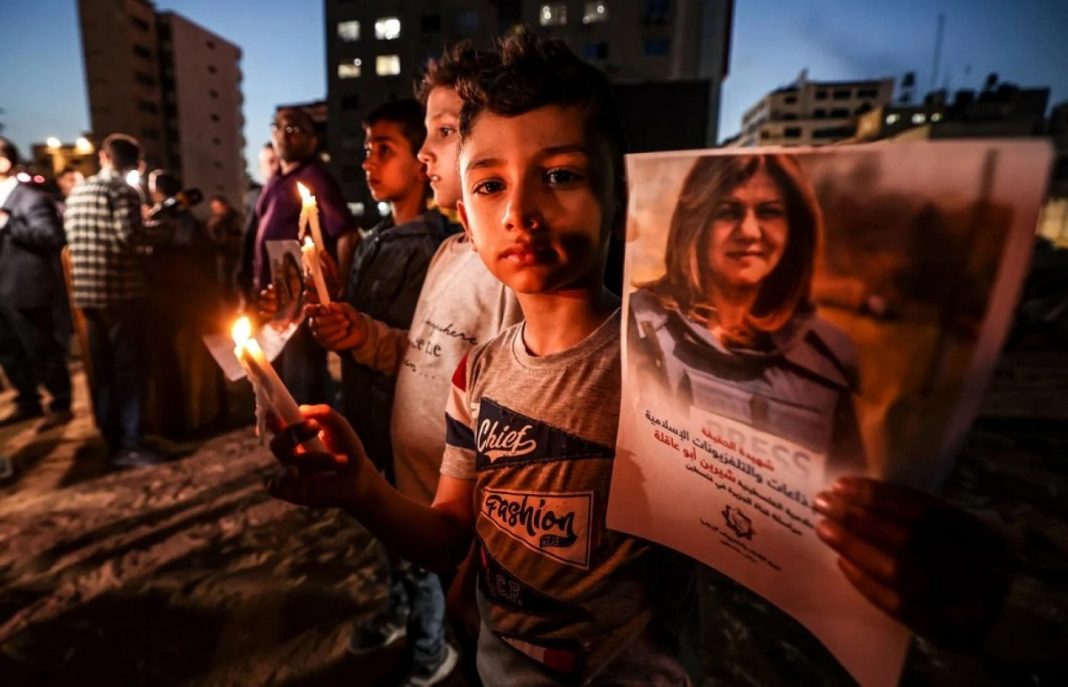 The family of Shireen Abu Akleh has rejected the United States' conclusion on the Palestinian reporter's killing by Israeli troops, demanding that Washington open its own investigation.

Speaking at a news conference alongside several US lawmakers outside the US Capitol in Washington on Thursday afternoon, Abu Akleh’s relatives said they came to the nation’s capitol with one request for the administration of President Joe Biden: launch a thorough and independent investigation into the killing.

The family spent this week in Washington meeting with Secretary of State Antony Blinken and several lawmakers in Congress, after Biden rebuffed a request to meet with Abu Akleh’s family during his visit to Israel and the occupied West Bank earlier this month.

“Any family of a US citizen who is killed abroad expects their government to put their resources behind an investigation. This is the very least the Biden administration must do,” Abu Akleh’s niece Lina stated during Thursday’s press conference.

“We made this demand clear to Secretary Blinken, but he did not make any promises,” Lina added.

Abu Akleh, a veteran Palestinian-American journalist for Al Jazeera Arabic, was killed on 11 May while covering an Israeli military raid in the Palestinian city of Jenin in the occupied West Bank. Her death sparked Palestinian outrage and widespread international condemnation.

Since the killing, investigations by Middle East Eye, The Washington Post, The New York Times, as well as international bodies and the United Nations, concluded that Israeli forces had in fact likely killed Abu Akleh.

However, the US State Department earlier this month announced its conclusion on the killing, saying that while it was likely Israeli fire that killed Abu Akleh, the US had “found no reason to believe that this was intentional but rather the result of tragic circumstances”.

“We want to know who pulled the trigger and why. We want there to be accountability for the system that gave the green light so that other families don’t suffer the way that we have,” noted Abu Akleh’s nephew, Victor.

The Biden administration has rejected calls for an investigation, previously saying that Israel has all the wherewithal to probe such killings.

Palestinian advocates have condemned the administration’s response to the killing, stating that it was trying to bury the killing of Abu Akleh rather than seeking true accountability.

Meanwhile, there have been several calls from members of US Congress and the Senate for the administration to launch an independent probe into the killing of Abu Akleh.

Palestinian-American Congresswoman Rashida Tlaib noted during Thursday’s press conference that it was “shameful” that Abu Akleh’s family has to come to Washington to push the US government to take action.

“This is the life of Palestinians in Israel. Even after death, dehumanisation doesn’t stop. Our country can stop it though. We must help stop the enabling of death and violence by just looking away,” she added.

“When Americans are killed abroad it is more or less standard procedure for our government to open an investigation. But when the murderers wear Israeli uniforms, there’s complete silence,” she continued.

Congressman Andre Carson, who has spearheaded a letter by 60 members of Congress demanding an FBI investigation, said that Washington has more of a case to investigate the killing than Israel does.

“It makes it more important for our government to conduct our own investigation,” Carson continued, adding, “Shireen needs justice. Every American killed abroad is entitled to our protection.”

Congresswoman Marie Newman, another vocal advocate for Palestinians in Congress, stated she was “embarrassed and outraged” that the US has yet to start its own investigation.

“I’m gonna call the State Department for dragging their feet. 100 percent. This should already be initiated,” she noted.

“I’m so sorry to the family and I’m embarrassed for us,” Newman added, as she looked over to the Abu Akleh family.