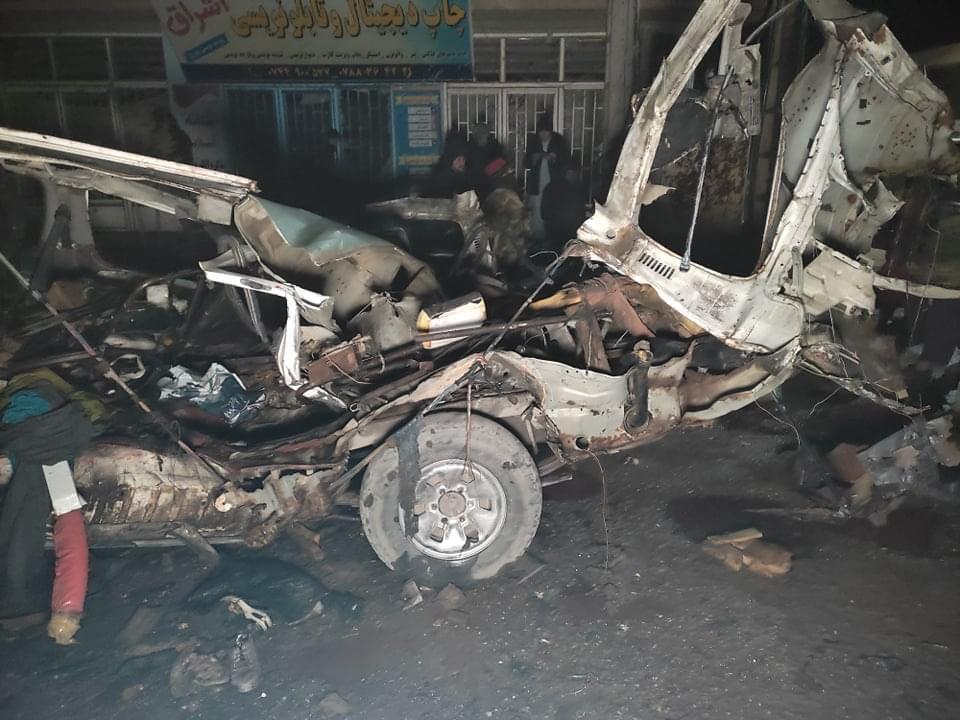 At least seven people have been killed and nine others wounded in a bomb blast on a minibus in the western Afghan city of Heart.

“Four women were among the seven killed,” the head of Herat’s provincial hospital, Arif Jalali, told the AFP news agency.

The explosion was confirmed by Herat’s intelligence office.

“Initial reports indicate it was a sticky bomb attached to the fuel tank of the passenger vehicle,” said Sabit Harwi, a spokesman for the office.

Herat provincial police and the department of culture also confirmed the bomb blast. There was no immediate claim of responsibility for the attack.

Security in Afghanistan has vastly improved since a 20-year-long armed battle by the Taliban ended with the group’s capture of the capital, Kabul, in August.

However, several attacks have been reported each week throughout the country, including some claimed by the regional chapter of ISIL (ISIS), Islamic State in Khorasan Province, ISKP (ISIS-K).

ISKP has been accused of regularly targeting the country’s Shia Hazara community with deadly attacks, and the area where Saturday’s blast occurred near a bus station is also inhabited by the community.

Herat is the country’s third-biggest city, close to the border with Iran, but had remained relatively peaceful in recent months.

In addition to security-related concerns, the Afghan economy remains dire as support for the country has dried up amid the Taliban takeover. The international community remains wary of the group with the United States imposing sanctions on some of its leaders.

The United Nations estimates nearly 23 million Afghans – about 55 percent of the population – are facing extreme levels of hunger, with nearly nine million at risk of famine as winter takes hold.