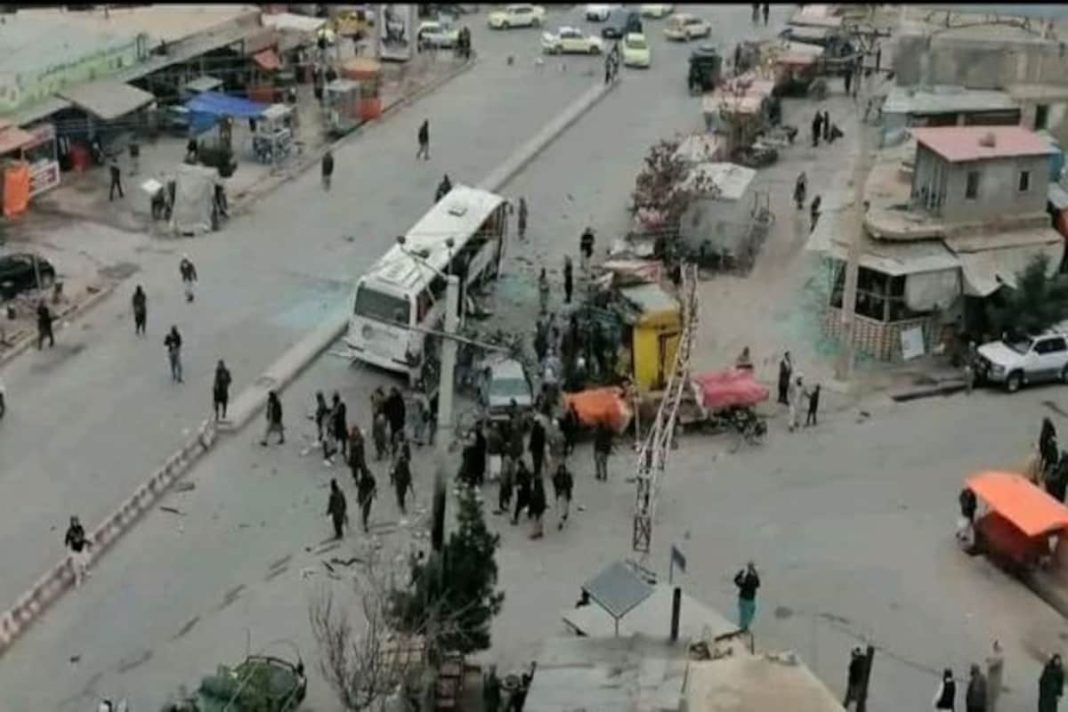 At least seven people were killed and six others injured on Tuesday when a blast hit a vehicle carrying oil workers in northern Afghanistan, police has confirmed.

“Today at around 7 a.m. a blast took place in … Balkh on a bus which belonged to Hairatan oil employees,” said Mohammad Asif Wazeri, police spokesperson for northern province of Balkh, adding that at least six people were wounded.

The cause of the explosion was not immediately clear. Wazeri stated police were investigating and searching for a culprit.

Balkh province is home to one of Afghanistan’s main dry ports in the town of Hairatan, near the border with Uzbekistan, which has rail and road links to Central Asia.

It was not immediately clear who was behind the attack, which comes amid repeated pledges from the Taliban government to bring security to Afghanistan following decades of war.

The Taliban government swept to power in August last year amid a withdrawal by United States-led foreign troops, who had invaded the country and toppled the group from power in 2001.

Last month, at least 19 people were killed and 24 others wounded by a blast at a school in Aybak, a city in Samangan province that abuts Balkh province.

Daesh – the Taliban’s main rival in Afghanistan – had claimed responsibility for the attack in Mazar-i-Sharif, but not for the Kabul blast.

Recent violence has also included a suicide bombing that killed four at a mosque at Afghanistan’s interior ministry building complex in October.