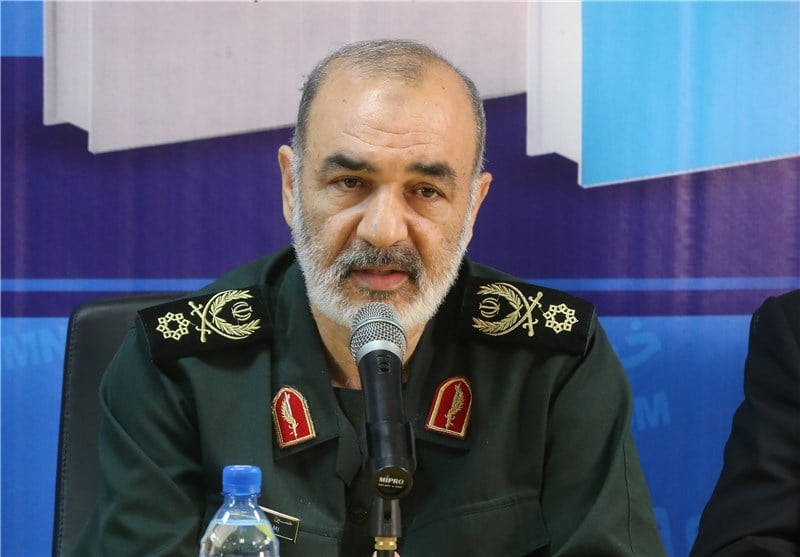 The underground missile facilities of the Islamic Revolution Guards Corps are invulnerable to all sorts of hostile attacks, IRGC Lieutenant Commander Brigadier General Hossein Salami said, noting that not all projectiles are stockpiled inside the missile cities.

In comments at a television talk show on Saturday, General Salami said there are lots of missile cities at the IRGC’s disposal in Iran, which are very safe from the enemy attacks, including the conventional and unconventional offensives.

He also noted that the IRGC missiles are not stored in those facilities alone, but numerous missiles of various types could be fired at once from various places, given the type of threats.

The commander also noted that the missile power is only a portion of Iran’s defense capabilities, pointing to the major advances in the drone industry.

He further noted that the IRGC has detailed information about the US military capabilities and bases around the country, stressing that Iran considers the regional countries as being within the range of its strategic security.

His comments came a few days after Chief of Staff of the Iranian Armed Forces Major General Mohammad Hossein Baqeri rejected any foreign interference in the country’s missile program, stressing that the Armed Forces will keep boosting defense capabilities and deterrent power.