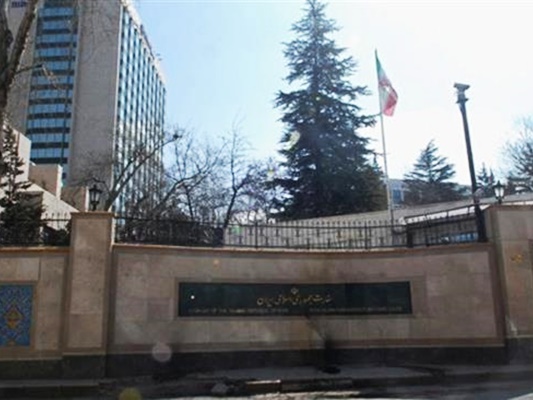 A dozen shots have reportedly been fired outside the Iranian Embassy in Turkey capital, Ankara.

According to informed sources, the shots heard may have been fired by security forces at a checkpoint near the embassy building to warn a suspicious vehicle, IRIB reported early on Monday.

Earlier, the US issued a stern warning over the possibility of terror attacks or attempted kidnapping of foreign nationals in Istanbul.

Just a few weeks ago, Turkey extended a nationwide state of emergency — introduced in the wake of the abortive coup in July — for another three months.

Turkey imposed the state of emergency after it declared the end of a coup attempt by a group of military officers, which resulted in over 270 deaths.