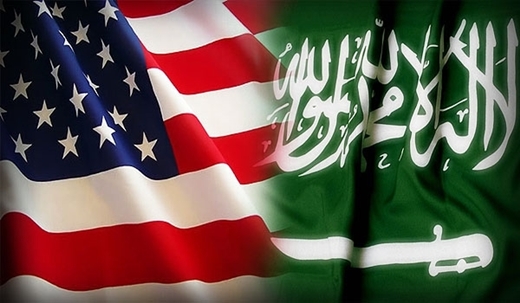 Saudi Arabia’s intelligence agency has offered unsolicited aide to the US against Iran's IRGC, according to the documents leaked by the Yemen Cyber Army.

The documents released by the Yemen Cyber Army after it hacked the Saudi Foreign Ministry in May show that Riyadh has persuaded the US to place more Iranian IRGC commanders on its sanctions list.

The Saudi Foreign Ministry was hacked by the Yemen Cyber Army in May, and a copy of its information was sent to Fars News Agency (FNA) and another one to the whistleblower website WikiLeaks.

According to one of these documents, Mostafa bin Mohammad Habib Kowsar, the director-general of the Saudi foreign ministry for Asian states affairs, in a letter to the deputy head of the ministry’s department for bilateral relations has stated that he has received a telegraph from Khalid al-Tuwaijri, the Chief of the Royal Court of Saudi Arabia under King Abdullah, informing that Riyadh has come to realize changes in the IRGC’s chain of command.

According to Kowsar’s letter, Tuwaijri has proposed in his cable that the names of new IRGC commanders be added to the list of those Iranians who had been sanctioned internationally or unilaterally by the US which would lead to their travel ban and freezing of their assets.

The cable has also warned that Saudi Arabia doesn’t want to play an overt role in this regard and the information should be presented to the US officials secretively.

Kowsar has reminded in his letter that the measure will deliver an efficient and preemptive blow to Iran and the political future of these new IRGC commanders, and will send them a direct message to caution them that they are under international scrutiny.

Kowsar also says that Tuwaijri wants the Saudi foreign minister to be informed of what the intelligence agency has proposed.

Late in May, the Yemen Cyber Army released a portion of the information and documents that it had gained in its recent cyber-attack on Saudi Arabia’s Foreign, Interior and Defense Ministries.

The Yemen Cyber Army announced that it has hacked the website, servers and archives of Saudi Arabia’s Foreign, Interior and Defense ministries and would release thousands of these top secret documents.

The group claimed that it “has gained access to the Saudi Ministry of Foreign Affairs (MOFA) network and have full control over more than 3,000 computers and servers, and thousands of users. We also have access to the emails, personal and secret information of hundreds of thousands of their staff and diplomats in different missions around the world”.

The hackers’ statement, which said the cyber army has also attacked the Saudi Interior and Defense ministries and vowed to release their details later, was carried by several globally known hackers websites.

Following the hack in May, the Yemen Cyber Army sent a copy of its information to FNA and another one to the whistleblower website WikiLeaks.

“WikiLeaks released over 60,000 documents on Friday and vowed to release the rest in coming weeks, but we plan to release the documents in separate news items since many of them contain the names of foreign nationals who have demanded visit to Saudi Arabia, for example for Hajj pilgrimage, and their names have been mentioned among the Saudi agents. Thus releasing the list of names and documents might hurt innocent individuals who have done nothing, but applied for visa at a Saudi embassy for doing Hajj pilgrimage,” FNA English Editor-in-Chief Seyyed Mostafa Khoshcheshm said.

“The number of the documents is way beyond the 500,000 that has been announced by WikiLeaks, but they need to be checked first to make sure that they do not contain misleading information and are not harmful to innocent people,” he added.