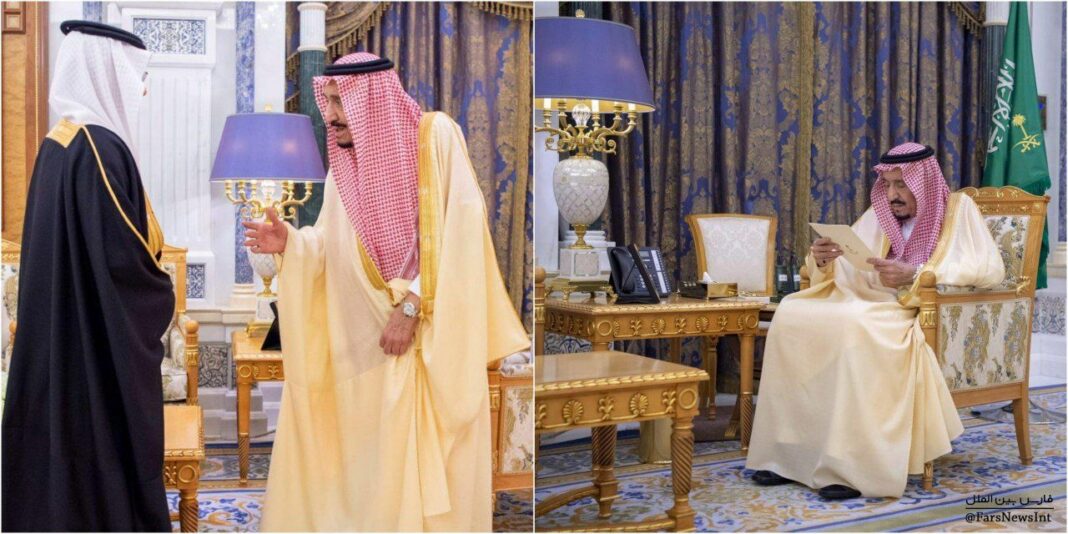 Saudi Arabia has released images of King Salman carrying out his royal duties on Sunday, dismissing rumours of his death.

The official Saudi Press Agency posted photos of the king presiding over the swearing-in ceremony of newly appointed Saudi ambassadors to Ukraine and Uruguay.

A source close to the Saudi leadership told AFP on Saturday the “king is healthy and fine”.

This came after Saudi whistleblower and Twitter activist Mujtahid said on Saturday King Salman is either dead or at death’s door.

He explained that tens of people from the royal family have been detained, including Prince Ahmed bin Abdulaziz al-Saud, a brother of King Salman, and the monarch’s nephew Prince Mohammed bin Nayef.

The court staff, the royal palace personnel, and the royal guard members have been told that visiting the king is impossible due to his health conditions, Mujtahid noted.

The whistleblower also noted that Crown Prince Mohammed bin Salman is going to issue a statement on behalf of his father to declare the king’s abdication.