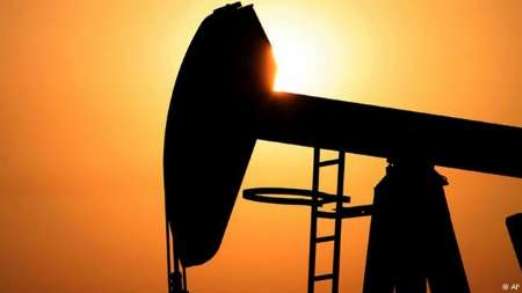 A slump in prices is temporary and it will be “difficult, if not impossible” for OPEC to curb its oil production amid a glut, said Ali Al-Naimi, Saudi Arabia’s oil minister.

Crude prices rebounded from the lowest levels since May 2009 as comments from Saudi Arabia’s oil minister Thursday added jitters to the most volatile market in three years.

West Texas Intermediate climbed as much as 3.5 percent in New York and Brent 2.9 percent in London. A measure of expected WTI futures movements and a gauge of options value have been at the highest level since October 2011, data compiled by Bloomberg showed.

Ali Al-Naimi, Saudi Arabia’s oil minister, said Thursday that a slump in prices was temporary; he also said it would be “difficult, if not impossible” for OPEC to curb its oil production amid a glut, the Saudi Press Agency reported. Prices rose immediately after his remarks, before ending the day at the lowest in five years. The nation accounted for about 13 percent of global oil output last year, BP Plc estimates.

Oil markets are experiencing “temporary” instability caused mainly by a slowdown in the world economy, Al-Naimi said, according to the comments published by the Saudi Press Agency. Steady global economic expansion will resume, spurring demand, according to the minister, leading him to be “optimistic about the future.”

OPEC, which supplies about 40 percent of the world’s oil, pumped 30.56 million barrels a day of crude in November, a Bloomberg survey of companies, producers and analysts shows. That exceeded its collective target of 30 million for a sixth straight month.

“The Saudi comments indicate that until we see signs of supply destruction the potential upside for crude seems limited,” Ole Hansen, head of commodity strategy at Saxo Bank A/S in Copenhagen, said by e-mail. “This is the first week in a while where buyers have dipped their toes back in the market.”

In Russia, the world’s largest crude producer, the economy must adapt to the reality of prices that could decline to as low as $40 a barrel, according to President Vladimir Putin. Oil’s collapse may be due to a battle for market share between traditional producers and shale companies, he said at his annual press conference in Moscow Thursday.

Production from the U.S., the world’s biggest oil consumer, expanded to 9.14 million barrels a day through Dec. 12, the Energy Information Administration said. That’s the highest level in weekly data that started in January 1983.

WTI will drop next week, a separate Bloomberg survey shows. Fifteen of 35 analysts and traders, or 43 percent, forecast futures will fall through Dec. 26, while 11 predict a price advance.