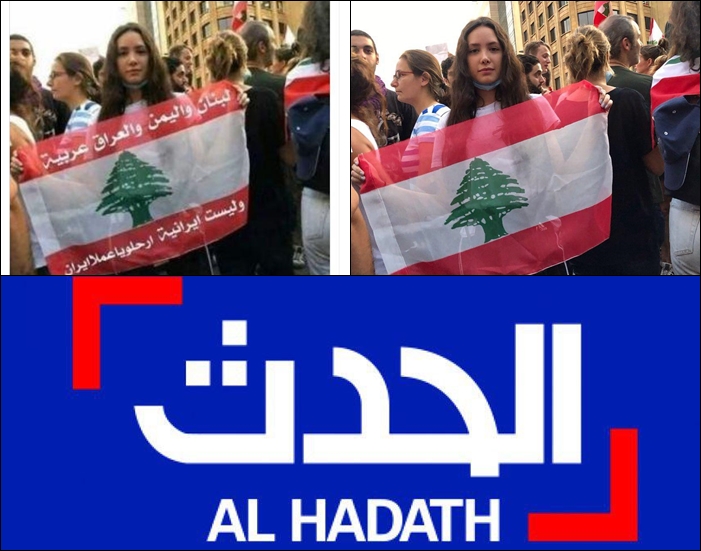 Saudi Arabia's Al-Hadath TV has claimed in an anti-Iran move that the Lebanese people had been chanting slogans against the Islamic Republic of Iran, but facts on the ground reveal it’s just another piece of fake news.

On its Twitter page, the Saudi network posted a photo of a Lebanese protester with the country’s flag on which a slogan reads “Lebanon, Iraq and Yemen are Arabs, not Iranians; Get out, Iranian mercenaries!”

It is claimed that the slogan is a result of the crises in Iraq, Lebanon and Yemen!

However, the original photo shows no such slogan and reveals the Saudi network has added it to the flag using Photoshop.

Social network users in reaction have tweeted the protester’s original photo, saying that even the propagandists of the network even do not know how to work with Photoshop.

Other users have also made fun of this network.

Al-Hadath said, as reported by Reuters, that the Iraqi authorities have stopped its activity and the activity of Al Arabiya because they have no work permits in Iraq. The Iraqi authorities’ decision was made after the two channel allegedly tried to instigate chaos in the Arab country.