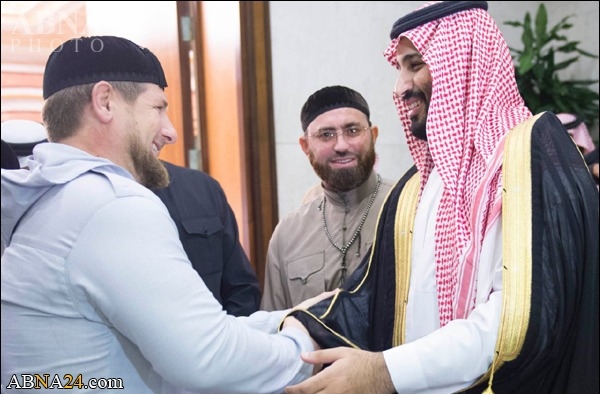 Saudi willingness to get close to Ramzan Kadyrov shows that Riyadh plans to maintain a high-profile in the region.

Saudi Deputy Crown Prince Mohammad bin Salman, who also serves as the defense minister of the kingdom, has held a meeting with President of the Chechen Republic Ramzan Kadyrov in Jeddah.

The following is the translation of a brief analytical report as well as a photo gallery of the meeting that abna24.com released on July 22:

The meeting clearly reveals that Saudi officials seek to bring on board as many allies as possible in their regional adventures.

Riyadh has recently launched a propaganda campaign to suggest that the Yemeni port city of Aden is under the control of its forces. But, the spokesman of Ansarullah has said that the attack by Saudi-led coalition on the southern city has been thwarted.

Following a meeting between Khaled Mashal, the political leader of Hamas, and the Saudi king in Mecca, reports swirled that the Palestinian resistance movement has agreed to deploy 700 militants to help Riyadh invade Yemen. But Hamas officials were swift to refute those reports.

Although the Chechen president is a close ally of Russian President Putin, he is viewed as an extremist and his name is on EU sanctions list. And a large number of Chechen extremists have joined the ranks of the IS terrorist grouping.

Saudi willingness to get close to this extremist figure shows that Riyadh plans to maintain a high-profile in regional questions.

After the passing of King Abdullah and the rise to power of his brother, Salman, Saudi Arabia’s meddling in regional countries as well as its willingness to promote Salafisim has gathered momentum.