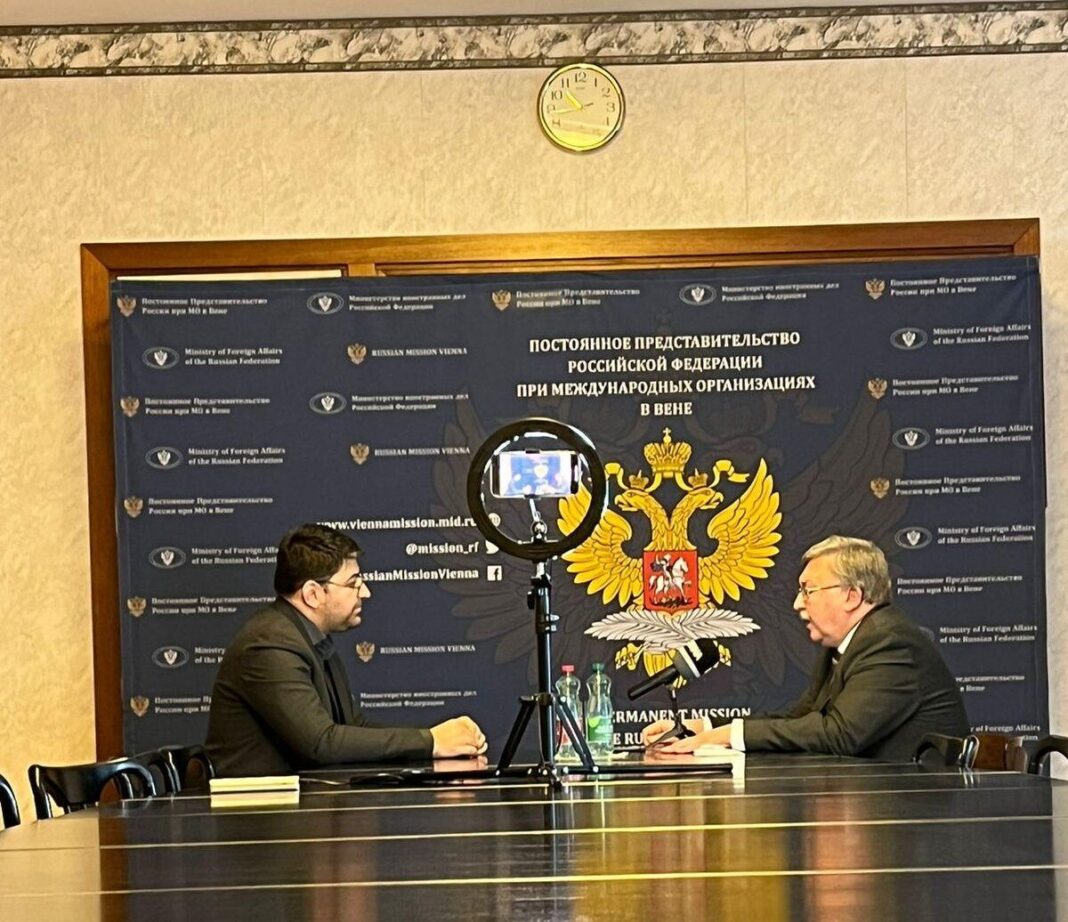 Permanent Representative of Russia to the International Organizations in Vienna Mikhail Ulyanov on Monday said that he believes a feasible and practical agreement can be reached in the current round of nuclear talks between Iran and the P4+1 (Russia, China, France, and Britain plus Germany).

During an exclusive interview with IRNA on Monday, Ulyanov reiterated that he firmly believes that reaching an agreement is feasible in this round of negotiations.

The Russian diplomat added that he was optimistic about the current round of talks in Vienna.

He stressed that negotiations should be in a direction that would lead to success otherwise any alternatives would be disastrous and would have extremely negative consequences for everybody.

Referring to the differences between Iran and the Western sides, he noted “It is the task of diplomats to overcome differences and difficulties, that’s why we work and get paid. So I remain optimistic and I do believe that we are obliged to make these processes successful because the alternative is disastrous. It might have very extremely negative consequences for everybody. So our task is preventing negative threats and overcoming them and bringing the negotiations to the successful conclusions.”