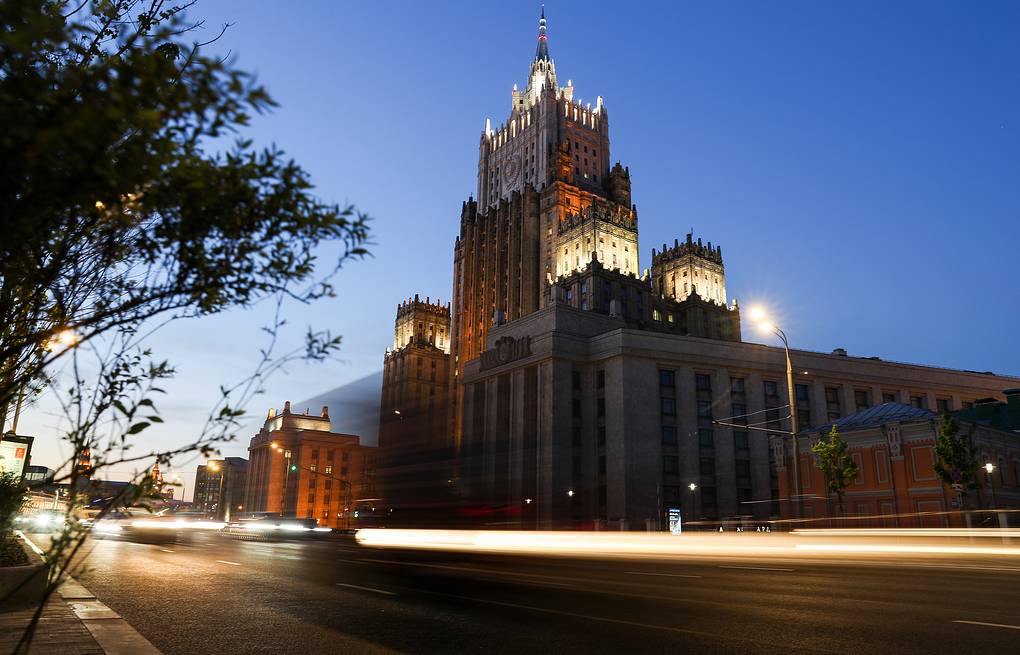 Moscow has called on the UK to avoid provocations over the Russia-Ukraine crisis. It follows a statement by the UK foreign office that Russia seeks to bring to power a pro-Kremlin government in Kiev.

“The misinformation spread by the British Foreign Office is another evidence that these are the NATO countries, led by the Anglo-Saxons, that are escalating tensions around Ukraine,” a representative of the Russian Foreign Ministry told TASS.

“We call on the British Foreign Office to stop provocative activities, stop spreading nonsense and focus on studying the history of the Tatar-Mongol yoke,” the representative added.

The UK’s Foreign Office claims on Saturday the Russian leadership is considering a possibility of installing a pro-Russian government in Ukraine and former Ukrainian MP Yevgeny Murayev may lead it.

“We have information that indicates the Russian Government is looking to install a pro-Russian leader in Kiev as it considers whether to invade and occupy Ukraine. The former Ukrainian MP Yevgeny Murayev is being considered as a potential candidate,” according to the statement.

“We have information that the Russian intelligence services maintain links with numerous former Ukrainian politicians including; Sergey Arbuzov, First Deputy Prime Minister of Ukraine from 2012-2014, and acting Prime Minister in 2014; Andrey Kluyev, First Deputy Prime Minister from 2010-2012 and Chief of Staff to former Ukrainian President Viktor Yanukovich; Vladimir Sivkovich, former Deputy Head of the Ukrainian National Security and Defense Council (RNBO); Nikolay Azarov, Prime Minister of Ukraine from 2010-2014,” the Foreign Office said, adding that “some of these have contact with Russian intelligence officers currently involved in the planning for an attack on Ukraine.”

In this respect, Foreign Secretary Liz Truss called on Moscow to de-escalation and negotiations. According to her, “the information being released today shines a light on the extent of Russian activity designed to subvert Ukraine, and is an insight into Kremlin thinking.”

“Russia must de-escalate, end its campaigns of aggression and disinformation, and pursue a path of diplomacy. As the UK and our partners have said repeatedly, any Russian military incursion into Ukraine would be a massive strategic mistake with severe costs,” she stressed.

The Foreign office stressed that “the UK’s position on Ukraine is also clear.”

“We unequivocally support its sovereignty and territorial integrity within its internationally recognized borders, including Crimea. Ukraine is an independent, sovereign country,” the Foreign office announced.

On Sunday, Deputy Prime Minister and Secretary of State for Justice Dominic Raab said the UK government is ready to impose tough economic penalties against Moscow if it allegedly tries not only to invade Ukraine but also bring pro-Russian politicians to power.

“Russia will face serious consequences, if [it] takes this move to try to invade [Ukraine] but also install the puppet regime,” Raab told Sky News.

In response to the question, whether London is considering the possibility to disconnect Russia from SWIFT, the deputy prime minister noted that a wide package of economic and financial restrictions would be imposed against Moscow.

The White House has also announced London’s statement raises concern in Washington, commenting on the British Foreign Office’s statement about Moscow’s alleged plans to create a pro-Russian government in Ukraine.

“This kind of plotting is deeply concerning. The Ukrainian people have the sovereign right to determine their own future and we stand with our democratically-elected partners in Ukraine,” White House National Security Council spokeswoman Emily Horne stated.