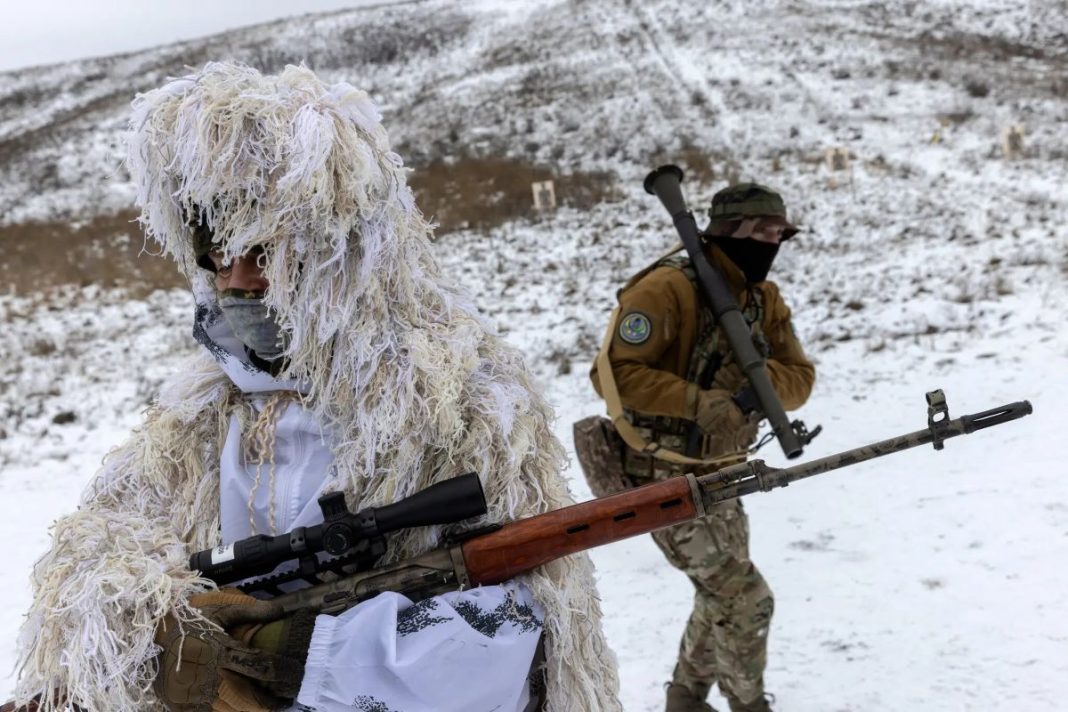 More than 17 million tons of grain have been exported via the Black Sea grain corridor since shipments interrupted by the Russia-Ukraine war resumed on August 1, Turkey has announced.

The UN, Turkey, Russia and Ukraine signed a vital deal in July in Istanbul, allowing Russian and Ukrainian wheat and fertilisers to be shipped globally and tempering rising global food prices.

Since them, at least 643 grain-loaded ships left Ukrainian ports, the Turkish National Defense Ministry said in a statement.

The frontline city of Soledar, which Russia had claimed to have captured, is still controlled by Ukrainian troops, local authorities have said.

“Soledar is controlled by Ukrainian authorities, our military controls it,” regional governor Pavlo Kyrylenko stated on national television on Saturday.

But he noted “battles continue in and outside of the city” and added that Soledar and nearby Bakhmut were the “hottest” spots on the frontline.

President Volodymyr Zelensky made similar claims in a late-night video address on Friday, saying the battles in the salt-mining town were continuing.

Downing Street announced Sunak made the pledge during a call on Saturday morning with Ukrainian President, Volodymyr Zelensky.

No 10 added the prime minister offered Challenger 2 tanks and additional artillery systems as a sign of the UK’s “ambition to intensify our support to Ukraine”.

Zelensky thanked the UK on Twitter for making decisions that “will not only strengthen us on the battlefield, but also send the right signal to other partners”.

The move makes the UK the first western power to supply the Ukrainians with main battle tanks.

The sound of four explosions were heard in central Kyiv on Saturday morning.

For the first time since Russia began regular missile and drone attacks on the capital this autumn, the air raid sirens sounded after the attack.

Until now the air raid sirens have sounded from 10 to 90 minutes before an attack, giving residents some time to seek shelter.

Kyiv’s mayor, Vitaliy Klitschko, confirmed that something had landed, writing on Telegram that explosions had occurred in Kyiv’s Dniprovskyi district, on the eastern bank of the river.

Klitschko stated emergency services were on their way to the scene.

Minutes after the explosions rang out, head of Ukraine’s presidential administration, Kyrylo Tymoshenko, wrote in Telegram that a rocket attack was occurring on critical infrastructure in the capital and advised residents to seek shelter.

The governor of the central Cherkasy region has also urged residents to take shelter during air raid sirens.

Separately, Vitaly Kim, regional governor of the southern Mykolayiv region, noted that 17 Russian Tupolev bombers had taken off from their airbases. His statement came shortly after air attacks in Kyiv and Kharkiv hit critical infrastructure.

IAEA set to boost presence to all five nuclear plants

The UN nuclear watchdog announced on Saturday it was boosting its presence in Ukraine to help prevent a nuclear accident during the current conflict.

The International Atomic Energy Agency (IAEA) said it would soon have a permanent presence at all five of Ukraine’s nuclear facilities, including Chernobyl – the plant closed after the 1986 disaster.

The agency’s chief, Rafael Grossi, will visit Ukraine next week to get the operation under way, the agency added in a statement.

“We must continue to do everything we can to avert the danger of a serious nuclear accident that would cause even more suffering and destruction for the people of Ukraine and beyond,” stated Grossi.

The decision marks a major expansion of the IAEA’s activities in Ukraine. At the moment, only the Russian-controlled Zaporizhzhia plant, which is near the frontline, has a permanent IAEA presence.

But under the new plan, 11 or 12 of the agency’s experts will be present in Ukraine to monitor the plants and provide technical assistance.

Ukraine’s Prime Minister, Denys Shmyhal, announced the plan in December after a meeting with Grossi, although he did not at that time give many details.

Inspectors will soon be deployed at the nuclear stations in Rivne, Khmelnytskyi, Pivdennoukrainska and Chernobyl.

During his visit next week Grossi will also meet senior Ukrainian officials as part of his efforts to set up a nuclear safety and security protection zone around the Zaporizhzhia plant.

Ukrainian President Volodymyr Zelensky said that it’s a sign of failure for Moscow that there is Russian infighting about who deserved the most credit for “tactical advancement” in the town of Soledar.

“324 days of full-scale war, and how everything has changed for Russia,” Zelensky said in his nightly address on Friday.

“They are already at each other’s throats over who to attribute some tactical advancement to,” he added.

“This is a clear signal of failure for the enemy. And this is another incentive for all of us to put more pressure on the occupier and to inflict greater losses on the enemy,” he stated.

The Russian Defense Ministry on Friday claimed that it had captured the eastern Ukrainian town of Soledar. The Ukrainian military said that battles for the town were ongoing.

“The difficult battle for Donetsk region continues,” Zelensky continued, noting, “The battle for Bakhmut and Soledar, for Kreminna, for other towns and villages of the east of our country continues.”

“Although the enemy has concentrated its greatest forces in this direction, our warriors – the Armed Forces of Ukraine, all defense and security forces – are defending the state,” he stated.

US Secretary of State Antony Blinken spoke with Ukrainian Foreign Minister Dmytro Kuleba on Friday, emphasizing that the US would continue providing economic and security support for Kyiv, according to a State Department readout.

Blinken told the foreign leader that assistance would persist “in the run-up to, and beyond, the first anniversary in February of Russia’s unprovoked full-scale invasion of Ukraine,” the readout said.

“The Secretary emphasized the United States’ enduring and unflinching support for Ukraine, as underscored by recent provisions of advanced air defense equipment and armored vehicles from US stocks,” according to the readout.

Kuleba shared a message of thanks on Twitter after the call, saying he was grateful to the US for standing with Ukraine. The foreign minister stated he emphasized the need for “Western-type tanks” in future aid packages.

EU Commission president pledges continued support: “Ukrainians are fighting with the same ardor as on day 1”

“We need to keep increasing the pressure on Russia and we will continue, of course, our unwavering support for Ukraine,” she stated in a joint news conference with Swedish Prime Minister Ulf Kristersson in Kiruna, Sweden.

“It is now 10 months since the start of the atrocious Russian war against Ukraine. The Ukrainians are fighting with the same ardor as on day one, and we are supporting them as firmly as on day one and as long as it takes,” she added.

At the start of Sweden’s six-month presidency of the European Union, von der Leyen stated that while Russia had cut 80% of gas supplies to the EU since the start of conflict in Ukraine, the EU had compensated by diversifying.

“Without any question, before the war, we were too dependent on Russian fossil fuels. And Russia has exploited this dependency and weaponized energy,” she continued.

“Russia tried to blackmail us, but failed thanks to our unity,” she noted, adding, “This hard work paid off. Gas prices today are now lower than they were before Russia’s invasion.”