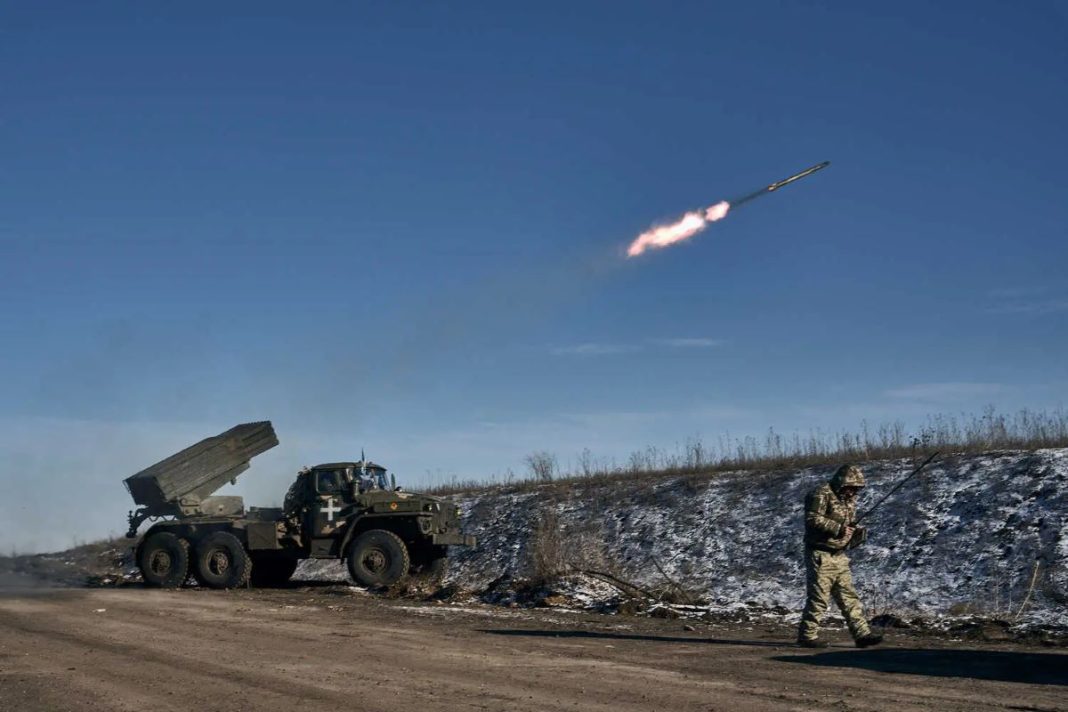 The spokesperson for Ukraine’s eastern military command denies that Russia has seized control of the town of Soledar and says Ukrainian units are still there.

“Our units are there, the town is not under Russian control,” the spokesperson, Serhiy Cherevatyi, told the Reuters news agency by telephone.

“On the evening of January 12, the liberation of the city of Soledar was completed, which is important for the continuation of successful offensive operations” in eastern Ukraine’s Donetsk region, the ministry announced.

Russia’s capture of the town would allow its troops to cut off Ukrainian forces from the nearby, much larger city of Bakhmut.

“We need to keep increasing the pressure on Russia, and we will continue, of course, our unwavering support for Ukraine,” she told a joint news conference with Swedish Prime Minister Ulf Kristersson in Kiruna, Sweden.

Von der Leyen stated that Russia had cut 80 percent of gas supplies to the EU since the start of the war but that the EU had compensated by diversifying.

“Hard work has paid off. Gas prices are lower now than before Russia’s invasion,” she added.

Ukraine’s defense minister has told the BBC that his country is a “de facto member” of the Nato alliance, as Western allies will continue to supply the country with weapons.

Oleksii Reznikov noted “things were changing” in allied countries who he suggested had previously been worried supplying arms would cause an escalation, and that he didn’t believe his comments would trigger a Russian response.

The statement contained a summary of his phone conversation on Thursday with his Ukrainian counterpart, Oleksii Reznikov.

Chancellor: Germany will consider ‘every step’ of arms deliveries to Ukraine

German Chancellor Olaf Scholz says he will “weigh every step carefully” and consult with allies on further weapons deliveries to Ukraine.

Critics have complained about Scholz’s hesitancy to take the next step regarding weapons deliveries, specifically on sending German-made Leopard 2 tanks, which Kyiv has asked for.

Scholz has insisted that Germany wouldn’t send such heavy armoured equipment to Ukraine on its own and pointed to a need to ensure that NATO doesn’t become involved in the war with Russia.

Scholz added Berlin would keep its “leading position” as one of Kyiv’s top supporters but signalled he had no intention of being rushed on “such serious things that have to do with peace and war, with the security of our country and of Europe”.

A Russian foreign ministry official has said Belarus may enter the conflict in Ukraine if Kyiv decides to “invade” either country.

In an interview with state media, Aleksey Polishchuk stated Russia’s joint drills with Belarus were designed to prevent escalation, but warned that Belarus may join the Ukraine conflict if it or Russia were invaded.

“From a legal point of view, the use of military force by the Kyiv regime or the invasion of the territory of Belarus or Russia by the armed forces of Ukraine are sufficient grounds for a collective response,” Polishchuk told TASS news agency.

Ukrainian forces are holding out against Russian forces after a “hot” night of battles in the eastern salt-mining town of Soledar, Deputy Defence Minister Hanna Malyar says.

“The night in Soledar was hot, battles continued,” she wrote on Telegram.

“The enemy threw almost all the main forces in the direction of Donetsk and maintains a high intensity of offensive. Our fighters are bravely trying to maintain the defence,” she added.

President Volodymyr Zelensky says that during a meeting with general staff on the topic of Soledar, they “analysed in detail what decisions are needed, what reinforcements are needed, what steps should be taken by commanders in the coming days”.

“We discussed the situation with the supply of weapons and ammunition to the troops, relevant interaction with our partners,” he stated.

He added that the paratroopers of the 77th and 46th air brigades continue to hold their positions in Soledar.

Zelensky has promised that Ukrainian forces defending Bakhmut and Soledar in the east will be armed with everything they need to keep Russian troops at bay in some of the bloodiest battles of the war.

“I want to emphasise that the units defending these cities will be provided with ammunition and everything necessary, on time and without interruption,” the president continued.

On Wednesday, Moscow appointed Chief of the General Staff Valery Gerasimov to oversee the military campaign in Ukraine. It was only October when Russia had put Sergey Surovikin in that position, who will now remain a deputy of Gerasimov.

“It likely does reflect some of the systemic challenges that the Russian military has faced since the beginning of this invasion,” Brigadier General Patrick Ryder told a news briefing.

“We’ve talked about some of those things in terms of its logistics problems, command and control problems, sustainment problems, morale and the … failure to achieve the strategic objectives that they’ve set for themselves,” he added.

Zelensky says others may follow in sending Leopard tanks

The president spoke a day after Poland announced it would send the tanks.

“A company of Leopard tanks will be handed over as part of coalition-building,” Polish President Andrzej Duda said during a visit to the western Ukrainian city of Lviv, adding, “We want it to be an international coalition.”

Kyiv has been requesting heavy military vehicles, such as the German-made Leopard 2, which would represent a significant step-up in Western support to Ukraine.

More than a dozen senior European Union officials will visit Ukraine’s capital Kyiv on February 2 to meet members of the Ukrainian government, a day before the EU-Ukraine summit, according to the European Commission spokesperson.

The visit demonstrates “the extent of our work with Ukraine” and shows the EU’s support for the country, Dana Spinant said.

Spinant told the AFP news agency that “around 15 commissioners” – out of 27 – could visit Kyiv for the meeting.

The German government’s net borrowing rose to 115.4 billion euros ($124.5bn) in 2022 due to the COVID-19 pandemic and the war in Ukraine, according to the Finance Minister, Christian Lindner.

“We are not exhausting all borrowing possibilities by hook or by crook, but only as far as necessary,” Lindner said.

The German parliament suspended the constitutionally enshrined debt brake between 2020 and 2022 to allow for extra spending in response to the pandemic and the effects of the war in Ukraine.

A Russian-installed official in Ukraine’s eastern Donetsk region has said “pockets of resistance” remain in the town of Soledar, according to a report by Russia’s state-owned TASS news agency.

TASS quoted Andrei Baevsky, a deputy of the parliament of the breakaway, self-proclaimed Donetsk People’s Republic, as saying the western part of Soledar was now fully under the control of Russian forces as fighting for the rest of the town continued.

“At the moment, indeed, there are still separate small pockets of resistance in Soledar, [but] our guys continue to crush the enemy in these places,” Baevsky noted.

“In general, the operation [has] developed successfully and the western outskirts of Soledar are already completely under our control,” he added.

Al Jazeera could not independently verify the battlefield reports. Ukrainian officials said earlier on Thursday that Kyiv’s forces were battling to retain control of Soledar but admitted the situation there remained “difficult”.