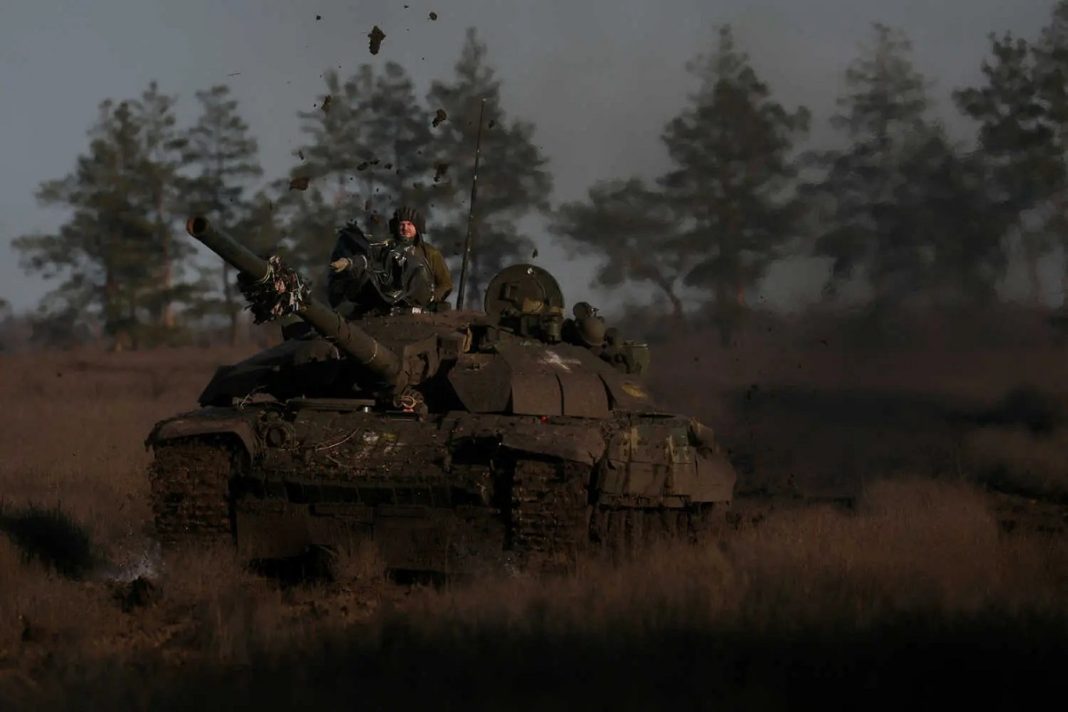 The estimated cost of rebuilding Ukraine following the devastation caused by the Russian invasion will cost an estimated $1 trillion, according to Ukrainian authorities, and it keeps spiralling upwards.

Ukrainian residents who lost their homes have to find shelter elsewhere, as temperatures reach below freezing.

Over 500 Ukrainian localities without power

More than 500 Ukrainian localities are without power following weeks of Russian air attacks on the electric grid, an interior ministry official said.

“The Kharkiv region is the worst hit with 112 isolated villages,” Yenin added.

Another 90 villages were cut off in the Donetsk and Kherson regions, he continued.

Russia will not export oil that is subject to a Western-imposed price cap even if Moscow has to accept a drop in oil production, President Vladimir Putin’s point man on energy has said.

“We are working on mechanisms to prohibit the use of a price cap instrument, regardless of what level is set, because such interference could further destabilise the market,” Russian Deputy Prime Minister Alexander Novak stated.

He added that Russia will not operate under a price cap, even if Moscow has to cut production.

Group of Seven (G7) nations and Australia agreed on Friday to a $60 per barrel price cap on Russian seaborne crude oil in a bid to deprive Putin of revenue while keeping Russian oil flowing to global markets.

Russia considering how to respond to G7 price cap

Russia is considering how to respond to a price cap on its oil, the Kremlin has announced, after the Group of Seven (G7) and Australia agreed on a $60 per barrel price cap on Russian seaborne crude oil.

Moscow “will not accept this cap”, RIA news agency quoted Kremlin spokesman Dmitry Peskov as saying. He added that Russia would conduct a rapid analysis of the agreement before responding.

The move aims to reduce Russia’s income from selling oil while preventing a spike in global oil prices after an EU embargo on Russian crude takes effect on December 5.

Ukrainian President Volodymyr Zelensky stated the price cap would do little to deter Russia from waging its war.

Ukrainian President Volodymyr Zelensky says that the $60 price cap set on Russian oil agreed by the EU, G7 and Australia is not “serious” because it is “quite comfortable” for Moscow.

It is “only a matter of time when stronger tools will have to be used anyway”, Zelensky argued, adding, “It is a pity that this time will be lost.”

He noted that the world had shown weakness by setting the cap at $60, which he said would swell Russia’s budget by $100bn a year.

“This money will … go towards further destabilisation of precisely those countries that are now trying to avoid serious decisions,” the president continued.

US intelligence expects slower pace of Ukraine war to continue

The slowed pace of fighting in Ukraine is set to continue over the next several months and the United States sees no evidence that Ukraine’s will to resist Russia has diminished, despite Moscow’s crippling attacks on the Ukrainian power grid, a senior US intelligence official said.

Avril Haines, director of national intelligence in the Joe Biden administration, said that she believed Russian President Vladimir Putin had been surprised that his military had not achieved more in its war on Ukraine.

“We’re seeing a kind of a reduced tempo already of the conflict … and we expect that’s likely to be what we see in the coming months,” Haines told the annual Reagan National Defence Forum in California.

The Ukrainian and Russian militaries will attempt to refit and resupply to prepare for counteroffensives after the winter, but there was a question as to whether the Kremlin could achieve that objective, she added.

“We actually have a fair amount of scepticism as to whether or not the Russians will be in fact prepared to do that. I think more optimistically for the Ukrainians in that timeframe,” she continued.

Putin is beginning to realise the challenges his military is faced with, Haines noted.

“I do think he is becoming more informed of the challenges that the military faces in Russia. But it’s still not clear to us that he has a full picture at this stage of just how challenged they are … we see shortages of ammunition, for morale, supply issues, logistics, a whole series of concerns that they’re facing,” she said.

The Atlantic Council, a US think tank, announced recently that winter conditions in Ukraine may favour Russian defensive tactics and allow the Russians to bring in newly-mobilised forces to positions held east of the Dnipro River and near Crimea in the south.

“It may be Russia’s tactic to force a stalemate through the winter from more entrenched positions with the intent to begin rotating newly trained and equipped mobilization forces to the front as spring approaches,” the council added.

Haines stated Putin’s political objectives in Ukraine did not appear to have changed, but US intelligence analysts thought Putin may be willing to scale back his near-term military objectives “on a temporary basis with the idea that he might then come back at this issue at a later time”.

She also noted Russia appeared to be depleting its military stockpiles “quite quickly”.

“That’s why you see them going to other countries effectively to try to get ammunition … and we’ve indicated that their precision munitions are running out much faster in many respects,” she said, adding, “It’s really pretty extraordinary, and our own sense is that they are not capable of indigenously producing what they are expending at this stage.”

US Secretary of Defense Lloyd Austin has accused Russia of “deliberate cruelty” in its war in Ukraine, saying Moscow is intentionally targeting civilians.

Putin not sincere about peace talks now: US diplomat

Russian President Vladimir Putin is not sincere about peace talks with Ukraine at this time, a top US diplomat has said after meeting with President Volodymyr Zelensky and other senior Ukrainian officials in Kyiv.

“Diplomacy is obviously everyone’s objective but you have to have a willing partner,” US Undersecretary for Political Affairs Victoria Nuland stated while visiting Ukraine.

Russian foreign officer Mikhail Ulyanov warned that Europe will have to live without their oil due to imposed price cap that Moscow rejects.

Russia’s permanent representative to international organizations in Vienna, Ulyanov, wrote on Twitter that “Europe will live without Russian oil”.

“Moscow has already made it clear that it will not supply oil to those countries that support anti-market price caps. Very soon the EU will accuse Russia of using oil as a weapon,” he added.

All European Union governments have completed the written approval of a $60 per barrel price cap on Russian seaborne oil, the European Commission has stated, paving the way for its publication in the EU’s Official Journal and entry into force on December 5.

“The G7 and all EU Member States have taken a decision that will hit Russia’s revenues even harder and reduce its ability to wage war in Ukraine,” EU Commission President Ursula von der Leyen said in a statement.

“It will also help us to stabilise global energy prices, benefiting countries across the world who are currently confronted with high oil prices,” she added.

French President Emmanuel Macron has suggested that the West should consider how to address Russia’s security concerns if President Vladimir Putin agrees to negotiations over the war in Ukraine.

In an interview with French TV station TF1, recorded during Macron’s state visit to the US last week, he said Europe needs to prepare its future security architecture.

“This means that one of the essential points we must address – as President Putin has always said – is the fear that NATO comes right up to its doors and the deployment of weapons that could threaten Russia,” Macron noted.

“That topic will be part of the topics for peace, so we need to prepare what we are ready to do, how we protect our allies and member states, and how to give guarantees to Russia the day it returns to the negotiating table,” Macron added.

But many in Ukraine and the West are strongly opposed to any negotiation with Putin that would reward him with concessions.