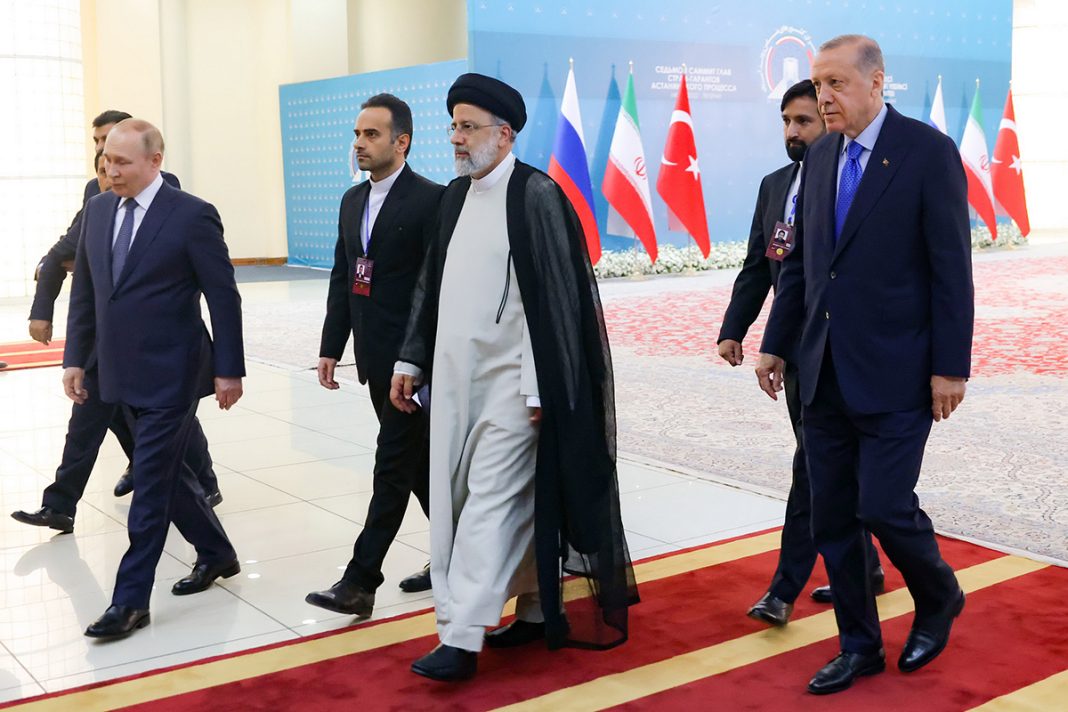 Russian Foreign Ministry Spokeswoman Maria Zakharova has said at a news briefing that the three-way summit between the presidents of Iran, Russia and Turkey in Tehran was positive and successful.

Russian President Vladimir Putin and his Turkish counterpart Recep Tayyip Erdogan held talks with Iranian President Ebrahim Raisi on Tuesday as part of the Astana talks that aim to restore peace to Syria.

The situation in northern Syria topped the agenda of the Astana talks.

Turkey has threatened to invade northern Syria to fight Kurdish militants thete Ankara says pose a threat to its security.

Zakharova also spoke about the Ukraine war in her press conference.

She said NATO and the European Union cannot monitor the destination of the weaponry they send to Ukraine.

She added that Kiev is threatening nuclear facilities in Ukraine with drone attacks and this could cause an atomic disaster.