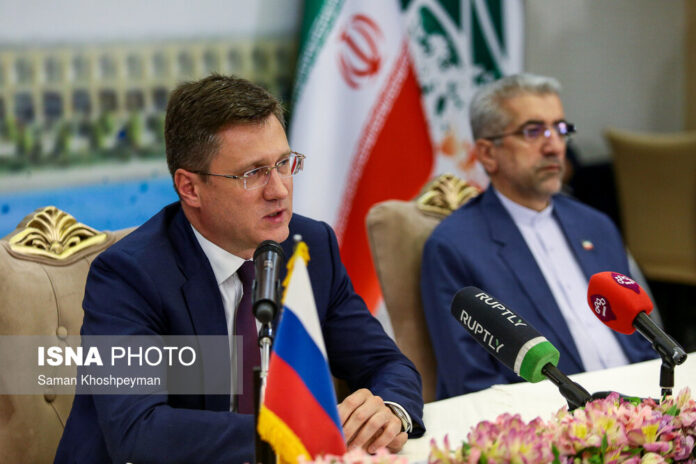 Novak made the remarks in a Tuesday meeting with Iran’s Energy Minister Reza Ardekanian in Isfahan.

The Russian minister said the two sides attach great importance to further development of ties, and views Tehran as its significant and long-time partner.

“The two sides are now involved in the Green Corridor project aimed at streamlining customs procedures which can play a key role in the development of their ties,” he said, according to a report by dolat.ir.

For his part, Iranian energy minister underlined that during the fifteenth meeting of the Joint Commission of Iran and Russia in Tehran, the two sides agreed to accomplish the executive operation of electricity generation project of Garmsar-Incheh Borun railway line within the next two months.

He went on to say that the two sides have held constructive talks in various areas including electricity generation for Garmsar-Incheh Borun rail line.

He then referred to an agreement signed between Iran and the five members of the Eurasian Economic Union on free trade and said the agreement is set to be approved by Iran’s Guardian Council soon.

“We have also reached some agreements in the medicine area to expand our ties by 2021. So far the two sides have already called for registration of drugs for rare diseases,” he said.

Ardakanian then said the two sides have also discussed ways to remove banking problems and expressed hope that the problems are removed in the near future.

“To this end, the two sides will hold some working group meetings to exchange views on various aspects of the problems,” he said.