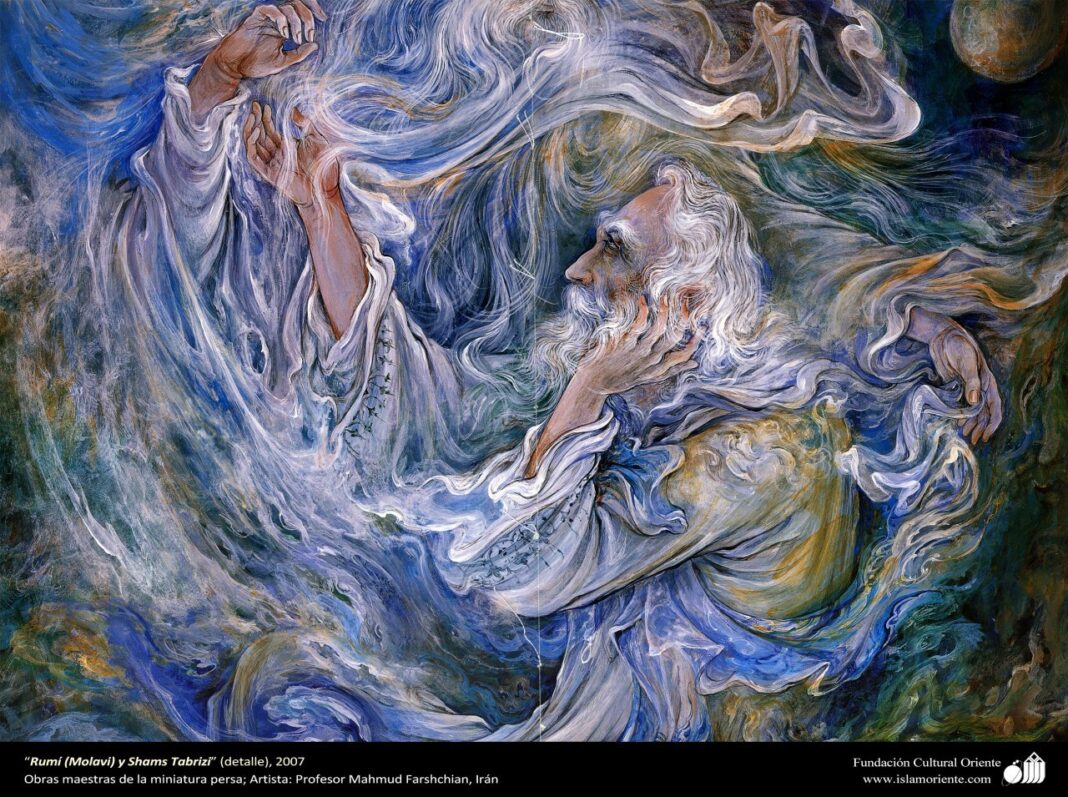 Different people look at renowned Persian poet and mystic Jalal ad-Din Muhammad Rumi from different perspectives, something which the poet himself had predicted and understood during his lifetime.

“Each befriended me on his own surmise, none sought my secrets, inner-wise,” says Rumi.

September 30 marks the national day to commemorate Rumi. His works of poetry and prose have been around for around 800 years, with a whole variety of viewpoints about the characters and concepts in his literary works.

Following reports of Iranian filmmaker Hassan Fathi’s bid to make a film about him, two top Shiite clerics said it would be religiously forbidden to even make a film about the story of his life because such a movie would promote Sufism, an ideology which they believe misleads Shiite people.

Some others also accuse Rumi and prominent contemporary mystic Shams of Tabriz of being male lovers, despite the fact that homosexuality is haram in Islam.

The following are some of the mixed viewpoints about the renowned Iranian poet and his magnum opus Manavi.

You Meet God in Masnavi

A great Iranian scholar says thousands of points are included in verses of worship in Masnavi, and urges people to read them.

“Rumi takes to toward Paradise and informs you of the existence of Hell before the Judgement Day and shows you the flames of fire and wrath,” he adds.

“If you get familiar with Rumi, you will see the Judgement Day,” he says.

Rumi No Commodity to Be Seized

Mohammad-Ali Movahed, who has published a corrected version of Masnavi, believes Rumi’s verses emit love and hope which are much in demand today when morality is hard to find. He says the power and attraction of Rumi’s words are due to the miraculous combination of poetry, music and story-telling.

“Rumi is no commodity to be seized,” he says.

“Rumi is beyond such worlds. He is as related to us as he is to the whole world,” he adds.

“The world is infatuated with Rumi whose poems are in Persian, whose tomb lies in Konya, and who is also known as Balkhi Rumi,” he says.

Late renowned Iranian scholar Mohammad Taghi Jafari says Rumi never claimed to be the Almighty or the Prophet; rather, on many occasions in Masnavi, he has confessed to paving his own way.

“So, one cannot say he was infallible,” he says.

The scholar says humans are liable to errors, and hence, Rumi must not be regarded as an infallible individual.

Rumi Is No Mentor

Iranian philosopher and intellectual Mostafa Malekian says one should look at Rumi as a teacher, not a mentor.

“If we look at him as a mentor, we must listen to everything he says. But in fact, we should look at him as a teacher and see which of his thoughts and ideologies are useful for us and learn the same,” he says.