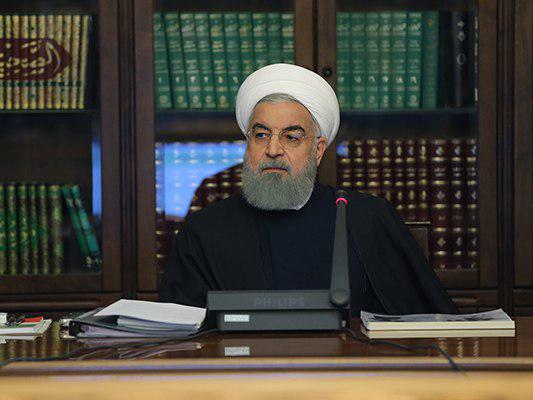 president Hassan Rouhani said improving the economic situation of Iranians tops the agenda of his government, in an attempt to appeal to the public, which has grown increasingly critical of his economic performance.

“The government, under the auspices of the Leader of the Islamic Revolution and relying on the public support, will implement the general policies of Resistance Economy with a special focus on production and employment, while regarding the resolution of people’s livelihood problems as its top priority,” president.ir quoted Rouhani as saying on Thursday.

Resistance Economy is a set of principles aimed at making the country immune to economic wars waged by foreign powers, through curbing the economy’s dependence on oil export revenues, improving productivity and reducing the government role in the economy.

Rouhani’s remarks came a day after a renewed call by the Leader of Islamic Revolution Ayatollah Seyyed Ali Khamenei for the full enforcement of Resistance Economy by the government to ensure the national economy would weather imminent fresh US sanctions against the Islamic Republic.

Ayatollah Khamenei has frequently advocated resistance economy in his speeches this year, particularly since the controversial US President Donald Trump came to power to harden the line on Iran.

Trump has revived the nearly forgotten US mantra that “all options are on the table” when it comes to Iran, and has imposed various sanctions to increase pressure on the Islamic Republic.

Rouhani highlighted the importance of preserving national unity and convergence among the three branches of government in the face of the hostile, divisive US policies.

“Any move that stokes rifts among government branches and organizations, magnifies short-lived weaknesses and problems and creates disillusion in the public opinion about the country’s future is a move in the opposite direction and along the path plotted by Iran’s ill-wishers,” the president said.

In his Wednesday speech, the Leader cautioned incumbent and former officials not to play into the hands of the Islamic Republic’s adversaries by making groundless allegations against state bodies.

“Those who had been controlling government facilities and those who hold management posts are not entitled to play the role of opposition. They should be responsible [for their own record].”

He was apparently referring to recent remarks by former president Mahmoud Ahmadinejad accusing the judiciary authorities of corruption, as well as senior officials in Hassan Rouhani’s administration blaming Ahmadinejad for the economic woes facing the country.

“Of course our judicial system is not faultless and I’m not unaware of deficiencies of the judiciary and government, but we should see positive and negative points together,” Ayatollah Khamenei said.