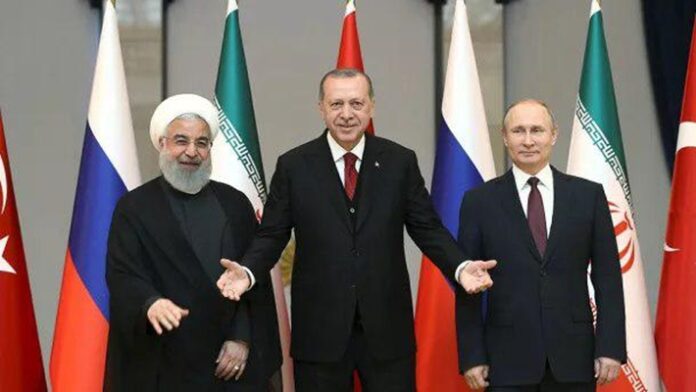 Iranian President Hassan Rouhani will leave for the Turkish capital of Ankara on Sunday in order to attend a trilateral meeting with the leaders of Turkey and Russia on the resolution of Syria crisis, the president’s office announced.

“President Hassan Rouhani will travel to Ankara to attend and address the fifth round of trilateral talks between Iran, Russia, and Turkey, which is to be held on Monday, September 16,” said Parviz Esmaeili, the deputy chief of the president’s office.

The meeting will be held as part of consultations between the three guarantors of the Astana Process in order to settle the Syria crisis, Esmaeili added.

“In addition to negotiations within the framework of the trilateral summit, the three leaders will also hold talks on the continuation and expansion of tripartite collaborations in various economic fields, as well as regional communications,” he noted.

The Iranian president will also hold bilateral talks with Turkish President Recep Tayyip Erdogan and Russian President Vladimir Putin on the sidelines of the summit, and confer with them the most important issues in bilateral relations, Esmaeili said.

Rouhani will be accompanied by a high-ranking political-economic delegation during the one-day visit.

Speaking after Friday prayers, Erdogan said at the trilateral summit with Russian and Iranian leaders, he would discuss recent developments in Idlib, Syria.

“We will continue to discuss developments in Idlib, including observation posts and the fight against terror organizations,” he said.

Turkey and Russia agreed last September to turn Idlib into a de-escalation zone where acts of aggression are expressly prohibited.

Under the deal, Turkey-backed militants in Idlib would remain in areas where they were already present, while Russia and Turkey would carry out joint patrols in the area to prevent a resumption of fighting.