Rouhani Says War with Iran ‘Mother of All Wars’ 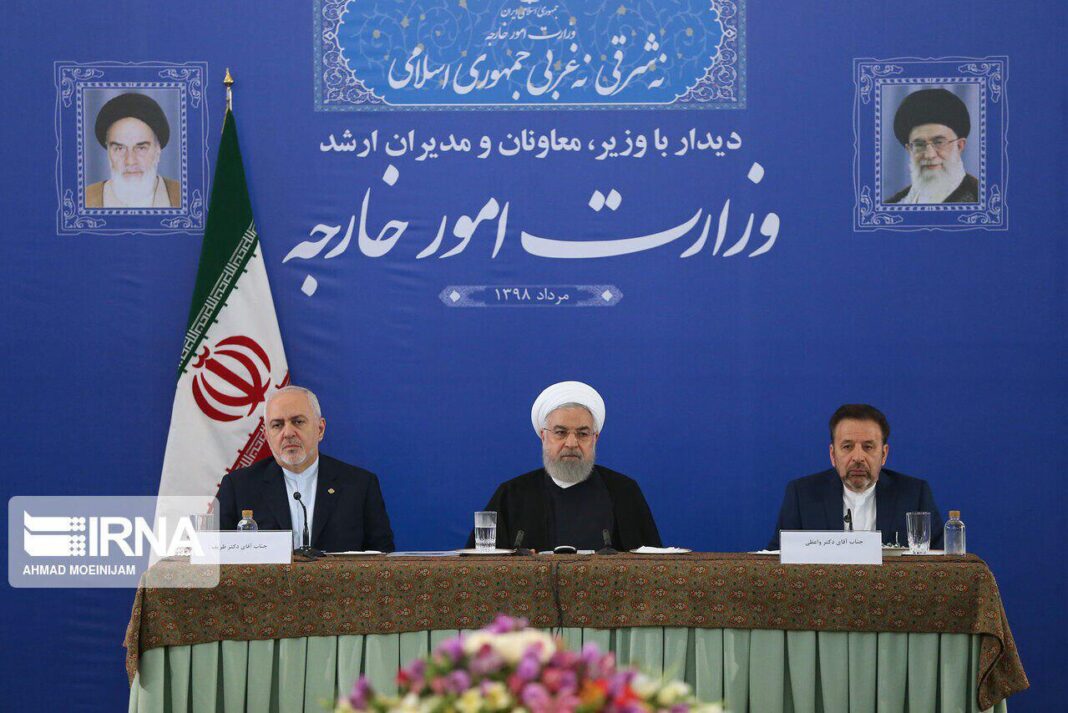 “Security against security, strait against strait, peace against peace, and oil against oil; this is what we say,” he added.

The Iranian president also announced that Washington needs to lift all its sanctions against Iran if it really seeks negotiations with Tehran.

“If the United States wants to negotiate, it must lift the sanctions in their entirety before anything” so that it will not be accounted as a violator of human rights, said Rouhani. “We can’t talk to a criminal.”

The president further questioned the US government’s sincerity in its repeated offers of talks to Tehran, which have come in parallel with the “maximum pressure” campaign underway against the Iranian nation.

Rouhani further blasted the US for waging “economic terrorism” against the Iranian people, calling on Americans to reconsider their behaviour and “pave the ground for negotiations.”

The remarks were made during a speech which also praised Foreign Minister Mohammad Javad Zarif after the United States recently imposed sanctions on him.

The president underscored that the Foreign Ministry and its director do not belong to a specific party or faction, but represent the entire Iranian nation and reflect Iran’s foreign policy in the international arena.

Rouhani then made it clear for the US government that it will be impossible to change the regime in Iran through sanctions or pressures, stressing that the Iranian people will never back off from safeguarding their country and the Islamic Republic as long as the Article 6 of the Constitution in in effect.

The Article 6 stipulates that the affairs of the Islamic Republic of Iran must be administered on the basis of public opinion expressed by the means of elections.

The president also lauded Zarif as a political elite who has gained the highest degree of specialist expertise in foreign policy with his talent and experience, like a Mujtahid in the religious studies.

On July 31, the US Department of State said Washington has designated Zarif for acting on behalf of Leader of the Islamic Revolution Ayatollah Seyyed Ali Khamenei. The US president had issued an executive order on June 24, imposing sanctions on the Leader and his office and authorizing sanctions on others associated with Ayatollah Khamenei.