Rouhani orders investigation of possibilities of women presence in stadium 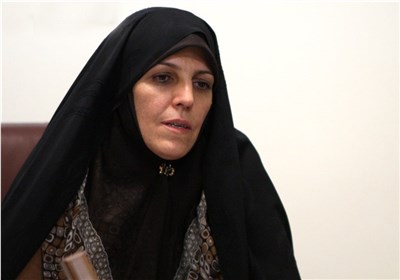 Iran’s president has issued a directive to investigate the possibility of women’s presence in stadium.

Deputy President for Women and Family Affairs pointed to her objection over prevention of women presence in stadium during the cabinet meeting and said that more talks on the issues were held with the Minister of Sports and Youth.

Shahindokht Mollaverdi told Mehr News that she had already voiced concern over prevention of women presence in stadiums and president Rouhani demanded more explanation of the issue and that the issue should be discussed with the minister of sports and youth.

Mollaverdi and Goudarzi held a meeting and decided to take measures which would eliminate barriers on women’s way to stadiums under conditions for their protection.

Through a Facebook post Molaverdi had said that in the cabinet meeting she objected to the prevention of women presence in stadiums as the message of despair and frustration of young generation to the cabinet members.

“Women were allowed to attend matches in stadiums in the past government; but the new restrictions on women to come to stadiums in 11th cabinet is quite surprising; the cabinet should revive hopes of the young generation of women through proper measures [lifting the ban on women’s presence in stadiums,” reads the Facebook post.