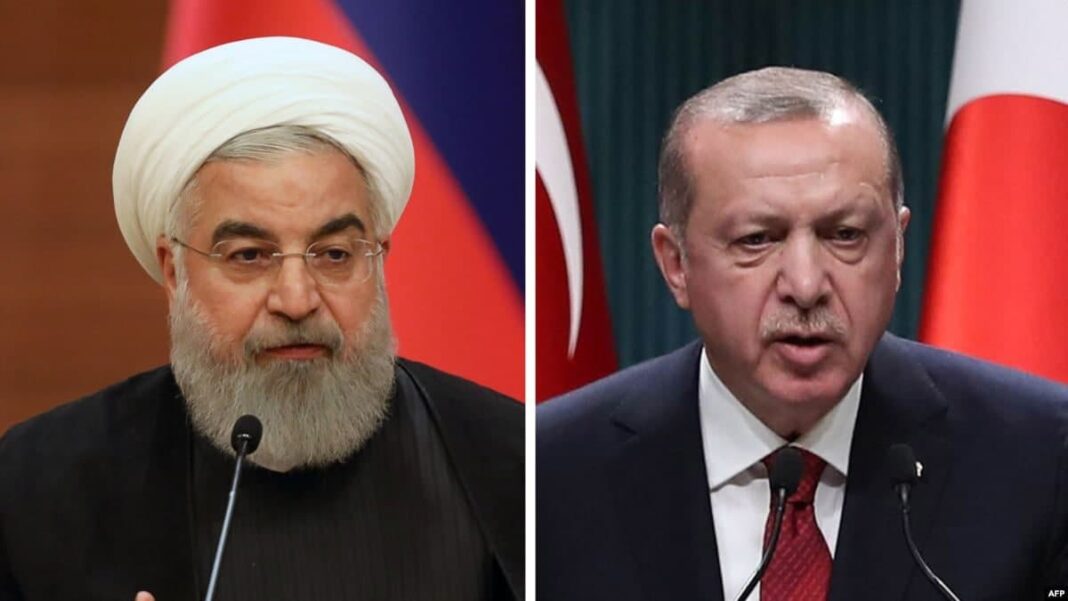 Iranian President Hassan Rouhani and his Turkish counterpart Recep Tayyip Erdogan have called for a “strong” global response to the Israeli attacks against Palestinian people.

In a telephone conversation on Sunday, Rouhani referred to Israel’s recent “acts of aggression” in the Holy Quds and the “cowardly” killing of the oppressed people of Palestine, and said, “The issue of Palestine is the most important common issue of the Islamic community and confronting these crimes and the rapid termination of brutal attacks and killing of oppressed, defenceless people is a must.”

“Islamic countries, especially Iran and Turkey, as two important and effective countries in the region, should collaborate with each other and take advantage of all international potentialities, including the United Nations and the Organisation of Islamic Cooperation, to confront the aggressions and crimes of the Zionist Regime,” he noted.

He also stressed the importance of taking common stances and developing Tehran-Ankara relations for resolving regional crises, including in Syria and Yemen, adding, “The continuation of this cooperation within the framework of the Astana Process negotiations can facilitate the settlement of the crises.”

Rouhani also referred to the successful holding of the recent meeting of the Joint Economic Commission of Iran and Turkey, expressing hope that the economic and commercial relations, including the facilitation of banking cooperation and the activity of the two countries’ border crossings, would further facilitate.

The President went on to refer to the negotiations in Vienna for revival of the Joint Comprehensive Plan of Action (JCPOA), stating that the Islamic Republic of Iran has laid the groundwork for the revival of the deal by showing its good will.

“Today, the entire world, including the United States as the party that has imposed sanctions on Iran, has come to the conclusion that sanctions and maximum pressures have failed.”

He said the only solution is the lifting of sanctions and observing international rules and regulations and the full implementation of the JCPOA.

“There is no doubt that if the parties to the international agreement, especially the US, have serious and good will, these negotiations will have positive and constructive achievements.”

Rouhani also referred to the conditions of Iran and Turkey amid the outbreak of coronavirus, and Iran’s achievements in controlling the fourth wave of the disease, stressing the two countries’ cooperation by sharing experiences in fighting the pandemic.
Erdogan, in turn, said, “Unfortunately, these days we are witnessing Israel’s crimes and brutal attacks in Palestine, which is very worrying.”

“The international community must show powerful, deterrent reaction to Israel’s insolent attacks on the oppressed people of Palestine,” he added.

Referring to today’s extraordinary meeting of the Executive Committee of the Organisation of Islamic Cooperation, Erdogan expressed hope that an appropriate decision would be made at the meeting to end these crimes and brutal killings.