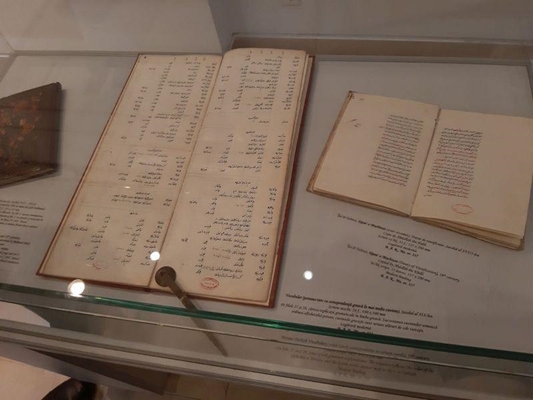 The Iranian embassy in Romania recently held an exhibition on the Iranian culture and civilization, which received considerable attention in the Eastern European country.

The exhibition, which was held last week, put on display old maps and hand-written books on the Persian Gulf held in the Romanian Academy.

The exhibition saw huge crowds of visitors including the Romanian people, diplomats, academic figures and Iranians residing in Bucharest.

Morteza Aboutalebi, the Iranian ambassador to Romania, said in the opening ceremony of the exhibition that the Iranian culture has deep roots in the region’s history.

The ambassador said the name of the Persian Gulf has been mentioned in old maps, showing that it is the region’s real name despite what some Arab countries claim.

“The Persian Gulf is the origin of cultural and local values that have been connected to our region’s identity and life and today, thanks to the legacy, the Persian Gulf has become a symbol of the region’s history and culture,” he said.

The deputy chairman of the Romanian Academy, Rizvan Theodorsko, said in the ceremony that the Romanian people need to know more about Iran, particularly the Persian Gulf.

“It is highly important for the Romanian people to know that Iran’s civilization is one of the most important civilizations in the world and Achaemenid, Parthian and Sassanid and other [Iranian] empires have made major contributions to Europe’s civilization,” he said.