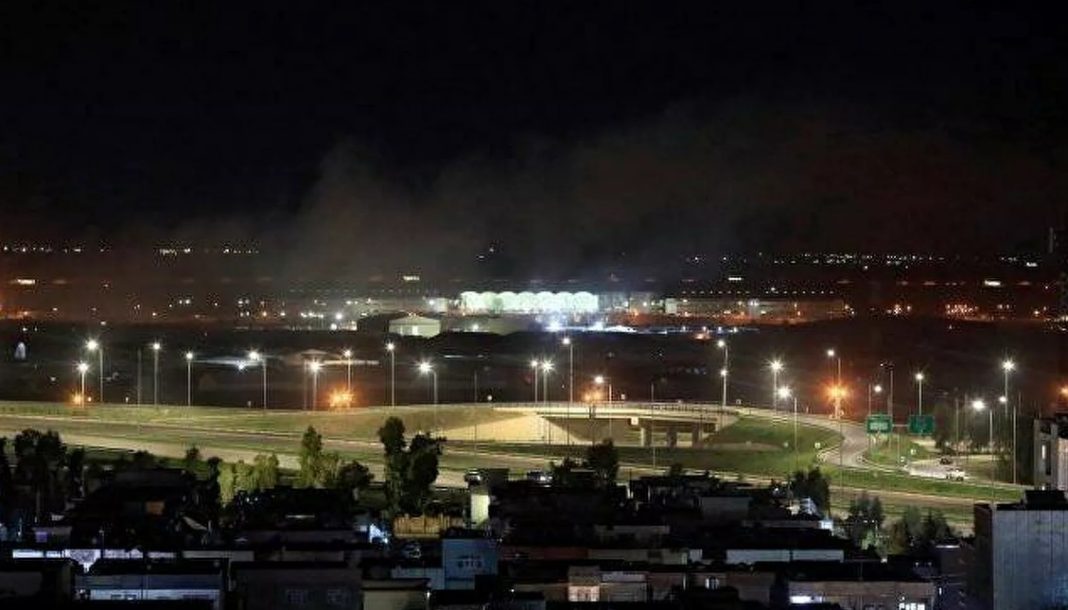 Rockets have hit two Mossad bases in Iraq’s northern Kurdistan region, reports say, with projectiles also landing near a US military base and the US consulate in the regional capital Erbil.

Initial reports show the 14 “Grad” rockets were fired at the US precincts triggering sirens at US’s al-Harir airbase and cancelling flights at Erbil airport.

Following the attacks, the entry gates to the US embassy in Baghdad were closed and all US bases in the Iraq were put on alert.

Iraqi media also reported shooting in Erbil, where an unidentified drone was also seen flying. Erbil’s governor has confirmed the city having been “hit” by a number of missiles, saying that it is not clear whether the target was the US consulate or the city’s airport.

The report said ballistic missiles were used in the strikes. al-Mayadeen news network also reported that the hit was on a Mossad base 10 kilometers northeast of Erbil. It said no Iraqi or US facilities were targeted.

The so-called Counter-Terrorism Apparatus of Iraq’s Kurdistan Region also claimed Erbil was hit with 12 ballistic missiles, fired from outside Iraq.

No group has so far claimed responsibility for the attacks with Reuters citing a US official as saying that no American soldiers were hurt in the raids on Erbil.

The US State Department has condemned the attacks as “outrageous” and a “show of violence”. It said the raids led to no casualties or damage at US facilities.

Iraqi Prime Minister Mustafa al-Kadhimi also, in a tweet, described the strikes as “an attack on the security of our people”.

Premier of the Kurdistan Masrour Barzani region also said “Erbil will not bow down to cowards”.