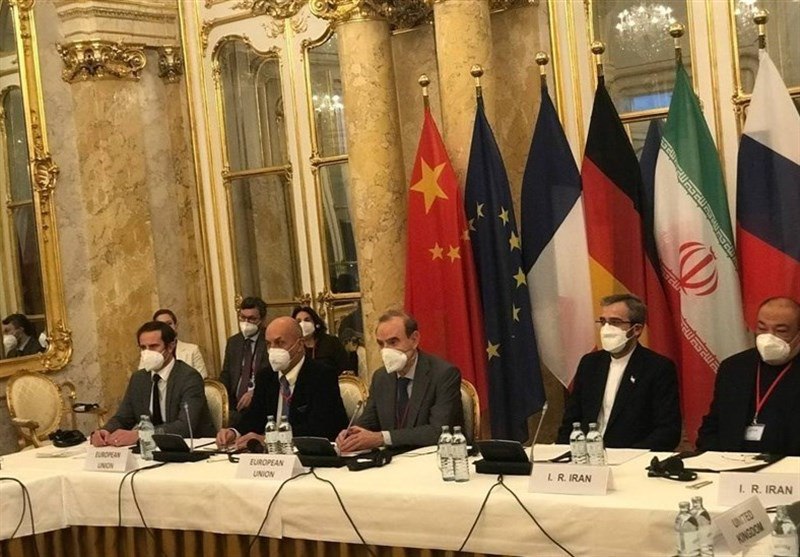 Iran’s Tasnim News Agency has cited a source close to the Vienna talks as saying that the European parties to the negotiations have called for a swift end to this round of discussions that are ongoing in the Austrian capital, Vienna.

The source told Tasnim that the Iranian delegation is willing to continue the talks as long as needed.

On Tuesday, the sanctions removal working group held a meeting at the level of experts and with representatives of Iran and the 4+1 group of countries, namely Russia, China, Britain, France and Germany, in attendance at Vienna’s Coburg Hotel.

At the meeting, the Iranian negotiators outlined the Islamic Republic of Iran’s views and made some fresh proposals as to how to further the negotiations.

They also underlined the need to effectively remove the sanctions against the Iranian people and encouraged other members to constructively participate in the talks. The representatives of other countries attending the session also declared their readiness and seriousness to work on the issue of lifting the bans.

Iran says the talks in Vienna must result in the removal of unilateral US sanctions against Tehran.

“Whatever is taking place in Vienna is intended for the removal of sanctions. Neither will we accept anything less, nor will take on any nuclear commitments beyond what has been stated in the JCPOA,” Iran’s Foreign Ministry’s Spokesman Saeed Khatibzadeh told IRNA on Tuesday.