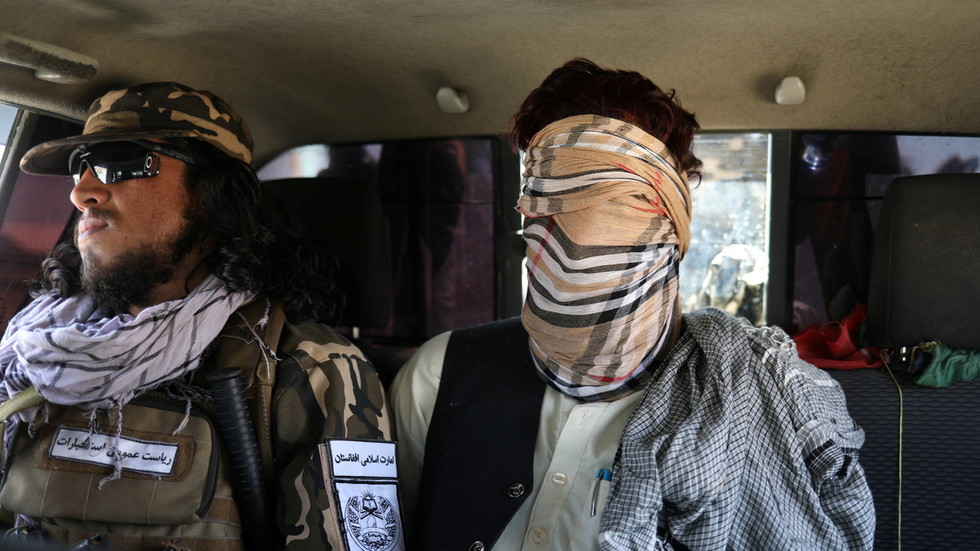 A growing number of US-trained Afghan soldiers and intelligence officials are joining the Daesh ranks to fight the Taliban, according to a report. The new rulers of Afghanistan have long accused Washington of funding the terror group.

The US spent a staggering $88 billion arming and training Afghanistan’s military, only for Afghan forces to crumble before the Taliban’s lightning fast reconquest of the country in August. Though the Taliban have promised amnesty to these personnel, stories of violent reprisals have circulated, and according to The Wall Street Journal, a “relatively small, but growing” number of former Afghan soldiers and spies are flocking to the only outfit currently resisting Taliban rule – Islamic State terrorist group.

Islamic State’s (IS, formerly ISIS, ISIL or Daesh) Afghan offshoot, IS-K, is eagerly absorbing these US-trained recruits. According to the former security officials and Taliban members the Wall Street Journal spoke to, some former government troops have joined for a paycheck, and others for lack of a better alternative to Taliban rule.

“If there were a resistance, they would have joined the resistance,” former spy chief Rahmatullah Nabil told the paper, adding, “For the time being, ISIS is the only other armed group.”

Though IS-K and the Taliban are both Islamic fundamentalist groups, their ideologies differ. The Taliban are a predominantly Punjabi nationalist organization with no stated goals beyond Afghanistan’s borders, and a tolerance for the country’s other Muslim sects. IS-K, by contrast, view Shiites and other Muslim sects as apostates and aim to establish a worldwide Islamic caliphate, as IS attempted to do several years ago in Iraq and Syria.

Initially suppressed by the Taliban, IS-K mounted a resurgence amid the chaos of the US withdrawal from Afghanistan, carrying out a suicide bombing outside Kabul Airport in August that killed around 200 Afghans and 13 US troops. For the US military, it was the deadliest day in Afghanistan since 2011.

It is unclear what “critical expertise in intelligence-gathering and warfare techniques” these new recruits will bring to IS-K, given that the supposedly 300,000-strong Afghan military they came from folded before the Taliban in a matter of weeks, with its members often fleeing or surrendering without firing a shot.

However, the fact that these US-funded fighters are signing up to a hardline terror group within months of the US leaving Afghanistan illustrates a problem that decision-makers in Washington evidently haven’t learned from in four decades of experience.

Just as the US-funded Afghan Mujahideen would eventually morph into the Taliban in the late 1980s and 1990s, and the Afghan military is on track to bolster ISIS-K’s ranks, the disaffected Iraqi soldiers left without a job following the US invasion in 2003 ended up providing a steady stream of recruits for ISIS several years later.

The US security establishment has already begun to sound the alarm about ISIS-K’s resurgence, with US Undersecretary of Defense Colin Kahl telling the Senate last week that the group could be in a position to attack the West from Afghanistan within six months.

The Taliban, at least publicly, are unperturbed. “We are not faced with a threat nor are we worried about them,” Mawlawi Zubair, a senior Taliban commander, told the newspaper, noting, “There is no need, not even a tiny need, for us to seek assistance from anyone against ISIS.”