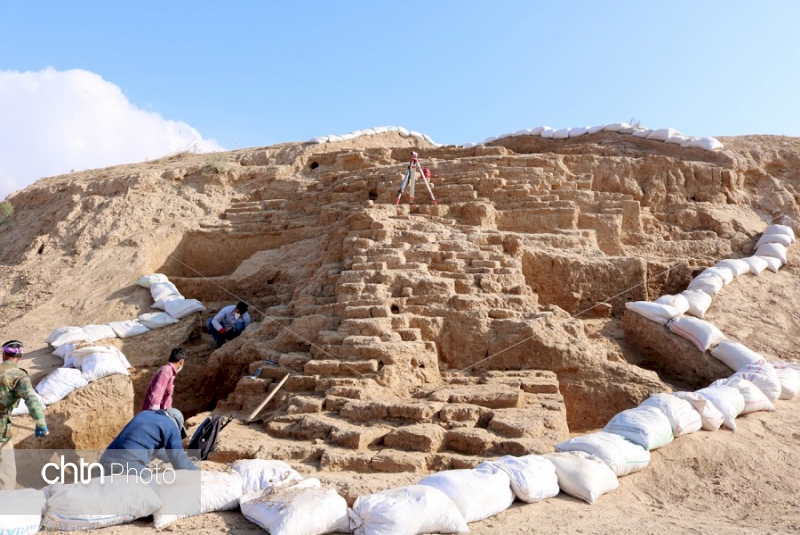 The remains of an ancient fortress dating back to the Achaemenid era have been discovered in northeastern Iran.

The historical ruins were found in Rivi area in North Khorasan province, says Mohammad Javad Jafari, the head of the archaeological team working at the site.

“So far, seven rounds of excavations have been conducted at the historical site of Rivi in cooperation with a team of archaeologists from Germany,” he says.

“This year, despite the coronavirus outbreak and restrictions for the presence of German archaeologists, excavations did not stop at the site,” says the lead archaeologist.

“Currently, our colleagues have discovered invaluable architectural finds and remains of settlements at four spots across this vast site,” he says.

“In addition to excavations, work is also underway to preserve and restore different parts of the site,” he adds.

“In parts of the urban structure in Rivi, we came across the remains of a fortress whose architectural plan is completely clear, and good finds were discovered at [the location of] the monument, and we believe the building was up and running during the Parthian Empire as well,” he says.

He says the historical site can turn into a tourist resort if enough finances are allotted for the project.