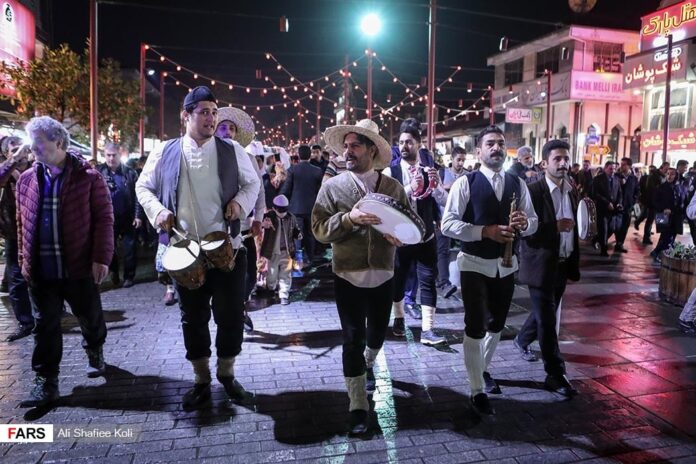 The city of Rasht in Gilan province, northern Iran, has been named as the country’s first City of White Nights as part of a nationwide plan implemented by the Tourism organization.

In a ceremony attended by Iran’s Vice-President Ali-Asghar Moonesan, the plan was officially launched for the first time in Rasht.

“The national plan of White Nights is expected to be launched in other cities of Gilan province in the near future with the aim of attracting more domestic and foreign tourists,” a Farsi report by the IRIB News Agency quoted him as saying.

According to the plan, the cities of White Nights will have special places where tourists can buy handicrafts and other artworks 24 hours a day.

Reza Alizadeh, the General Director of the Cultural Heritage, Handicrafts and Tourism Office of Gilan province said the plan was launched in the Cultural Pedestrian of Rasht.

The plan makes the cultural and tourist activities of the city 24/7 in a bid to attract foreign and domestic tourists. “During the White Nights, the handicraft artists can get in touch directly with the ordinary people for selling their products at an appropriate price.”

He went on to say the White Nights plan is among initiatives developed with the aim of attracting further tourists to Gilan province.

Moonesan, who is also the head of Iran’s Cultural Heritage, Handicrafts, and Tourism Organization, said the White Nights plan has great advantages including job creation.

Speaking to reporters, Moonesan said the plan makes the city more active and provides the people with a new public space.

There are about 75 booths along the Cultural Pedestrian of Rasht which display and sell various handicrafts deeply rooted in the city’s history and culture.