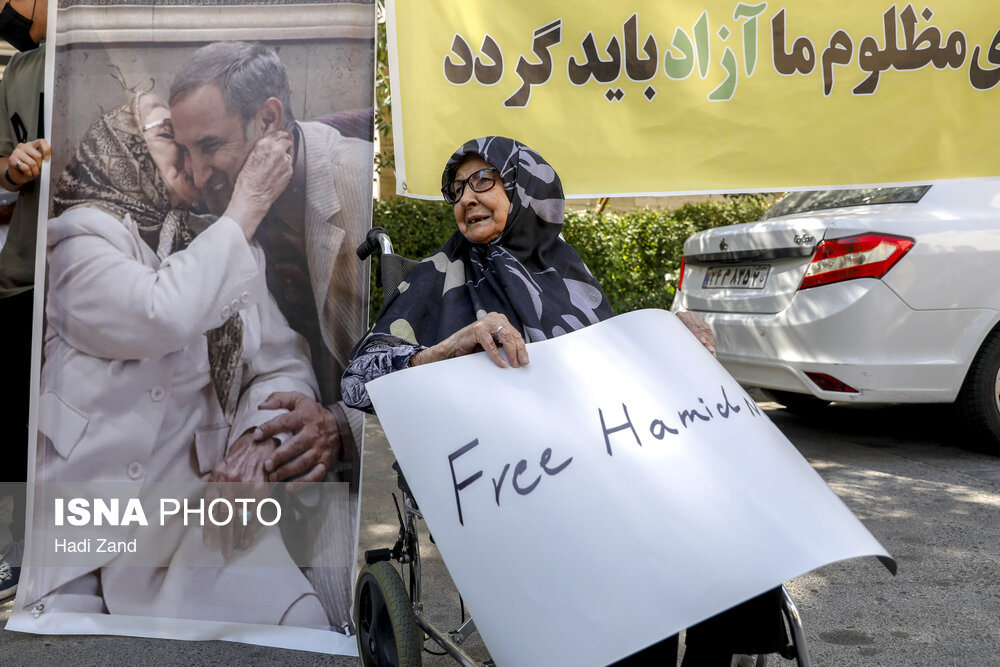 A group of Iranians held a rally outside Sweden’s Embassy in Tehran on Tuesday, July 19, to protest a life sentence given to Iranian national Hamid Nouri by a Swedish court.

The protesters included the family of Nouri and a number of students as well as his friends and neighbors.

Nouri has been in custody in Sweden since 2019. He was arrested violently by the Swedish police upon his arrival in Stockholm on a tourist visa.

The Swedish court sentenced him to life imprisonment for alleged rights violations against members of the Mojahedin-e-Khalq organization, an anti-Iran terrorist group.