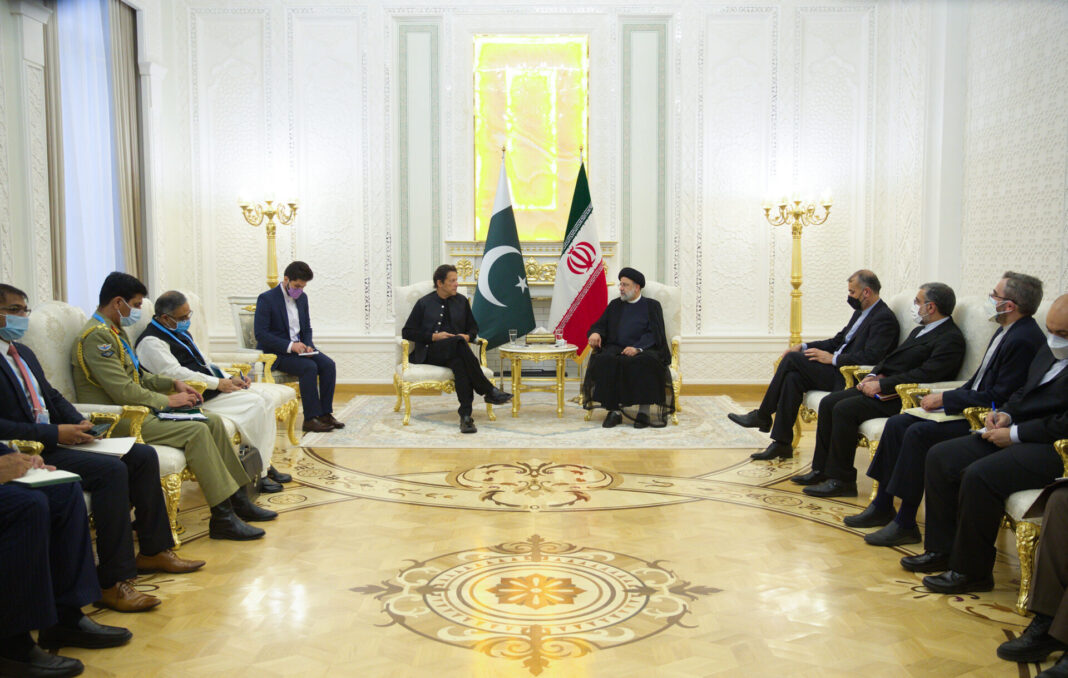 The Iranian President says there are intact and valuable capacities to expand Iran-Pakistan relations.

Ebrahim Raisi made the comment in a Thursday meeting with Imran Khan, Pakistan’s Prime Minister, in Tajikistan where they are both going to attend the Shanghai Cooperation Organization.

Raisi said Iran is determined to promote regional relations and cooperation, especially with neighboring countries, and Pakistan has a special place in this regard.

He described relations between the two countries as being beyond the neighborhood given their historical and cultural commonalities. Raisi added, “We should not allow the sedition and mischief of foreigners to affect these good relations”.

Referring to the long border between Iran and Pakistan, and the capacity to expand economic cooperation in border areas, Raisi said: “Establishing security in the border areas can realize the significant capacities of those areas for economic and trade cooperation and help these areas thrive”.

Raisi said, “We should try to help form a government in Afghanistan that includes all ethnic groups and arises from the will of the Afghan people.”

He added that the key to solving Afghanistan’s problems is to form an inclusive government and prevent foreign interference in its affairs.

He noted that the 20-year presence of US and Western forces in Afghanistan had no result other than destruction, displacement and the deaths of more than 35,000 Afghan children and thousands of Afghan men and women.

Imran Khan, in turn, thanked Iran for its constructive position and brotherly attitude toward Pakistan, saying, “We seek to expand our relations with Iran, especially in the field of transportation, and we believe that improving the level of cooperation will have positive regional and global effects”.

Imran Khan added that if an inclusive government is not formed in Afghanistan, problems in the country will worsen and Pakistan and Iran will suffer more than any other country.