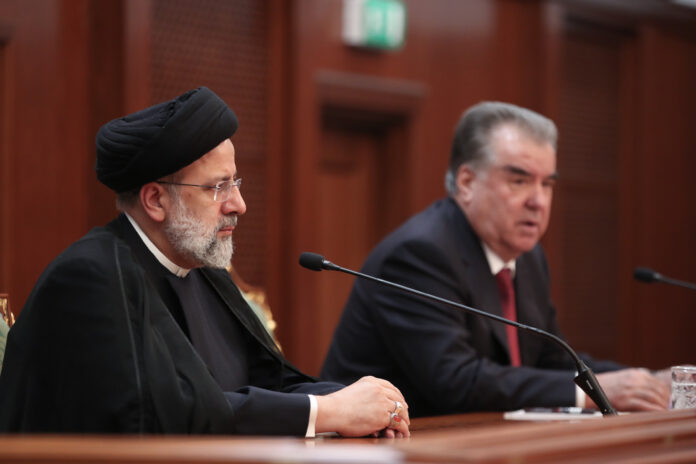 The Iranian president says all terrorist groups must be eradicated from Afghanistan and that Iran will not allow the Daesh terror group to find a safe haven in that country.

Ibrahim Raisi said Daesh is a creation of the US, which is now targeting Afghanistan’s security.
Raisi was speaking at a news conference with his Tajik counterpart Imam Ali Rahmon in Dushanbe on Saturday.
He referred to regional cooperation between Iran and Tajikistan, saying foreign intervention in Afghanistan has caused many disasters in the country and the hands of foreigners must be cut off from Afghanistan.
Raisi emphasized that foreigners failed to bring security to Afghanistan and “we do not accept the continued presence of foreigners in the country”.
He noted that the issue of Afghanistan must be resolved by its own people and with the help of neighboring countries.
He also said Iran and Tajikistan have a great potential for cooperation and all capacities must be used to develop relations in various political, economic, commercial and cultural fields.
Raisi added deals signed by Iran and Tajikistan during his visit show the two countries’ determination to develop ties, adding a new chapter happened in Iran-Tajikistan ties.
Tajikistan’s president also emphasized the need for Iran and Tajikistan to develop relations, saying the two countries have many cultural and religious commonalities.
Imam Ali Rahmon added the Iranian president’s visit to Dushanbe marks a new chapter in the relations between the two countries.
The Tajik president also said, “We want peace and stability in Afghanistan and believe that peace in Afghanistan guarantees regional security and that the establishment of an inclusive government is a key factor in establishing peace and stability in the country”.