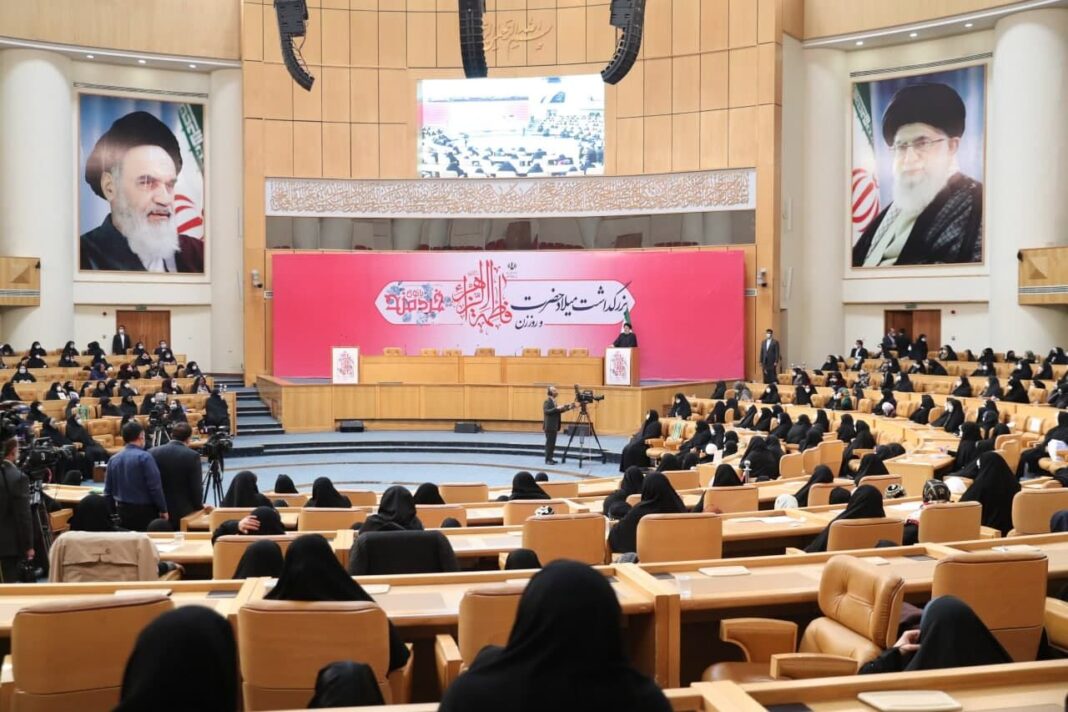 Marking the National Women’s Day, President Ebrahim Raisi has paid tribute to Iranian women for the “history-making” role they played in the country’s important historical junctures, including the 1979 Islamic Revolution and the ensuing Sacred Defense against Iraqi imposed war.

Raisi on Sunday met with a group of women, including academics, government employees and bereaved relatives of martyrs, on the occasion on the National Women’s and Mothers’ Day, which coincides with the birth anniversary of Hazrat Fatimah (PBUH), the daughter of Islam’s Prophet Muhammad (PBUH).

The president said the status of women and their female identity deserved true respect, and that the country would not achieve success unless such respect is paid to women.

He criticized the Western and Eastern societies for viewing women as instruments and said the “civilian-building culture” of Hazrat Fatimah could serve as a path to safety in the modern world.