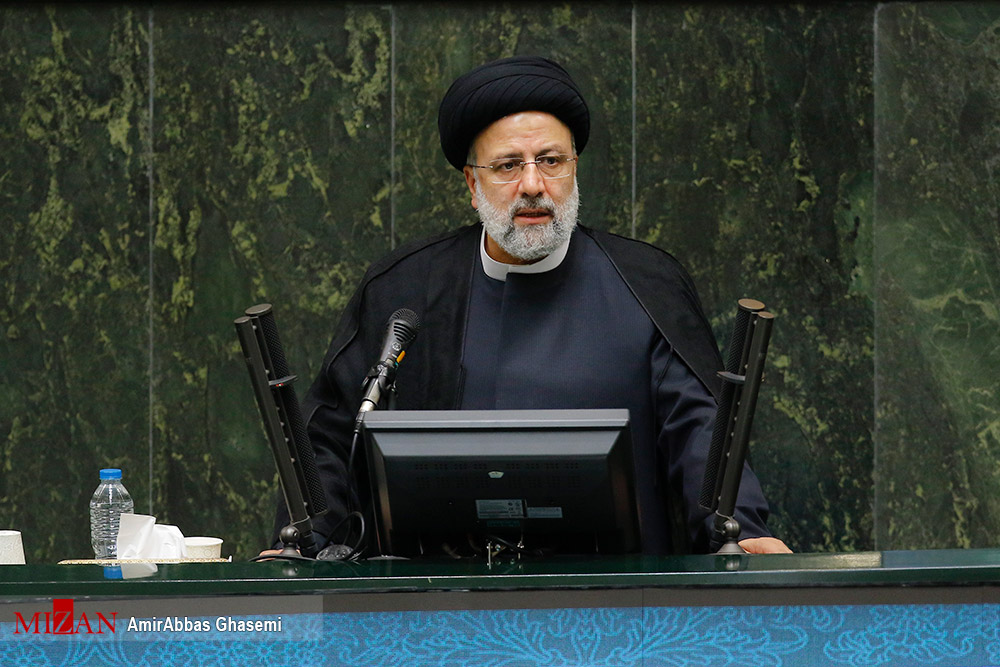 Iran’s President Ebrahim Raisi says his administration has no red line for dealing with corruption.

Speaking at Parliament on Wednesday following discussions meant to confirm his picks for cabinet posts, Raisi says the only red line for tackling corruption is making unsubstantiated allegations.

The Iranian president also said a mere accusation or a claim stated in a program or written elsewhere wouldn’t suffice.

Raisi added that sound and accurate probes are needed to find damning evidence and there must be a mechanism for this purpose. He was referring to accusations leveled against the proposed ministers.

Raisi however noted that those allegations are not substantiated and “I can say this with certainty”.

The president maintained that anyone making an unfounded allegation against someone else has definitely crossed a red line regardless of who the accuser is.

He underlined that he has however raised some accusations with the Intelligence Ministry and the intelligence of the Islamic Revolution Guards Corps and that due investigations will be conducted if it is necessary.

An Iranian lawmaker has leveled accusations against Raisi’s picks for Oil Minister and Minister of Roads and Urban Development.

Iranian President Ebrahim Raeisi also thanked Parliament for dedicating two weeks to the confirmation process for his proposed ministers.
Raisi said under the law, Parliament is not obliged to examine the eligibility of proposed ministers but the lawmakers dedicated a lot of time and energy for this purpose.

He said it’s an incarnation of religious democracy that people’s representatives examine the eligibility of the proposed ministers with high sensitivity.

President Raisi also said the commitment makes people and the ministers know the nature of the lawmakers’ sensitivity regarding economic, social, cultural and political issues.

Elsewhere, the president noted that the introduction process for the ministers was in line with the qualifications he referred to while addressing people during the presidential campaign.

This means, Raeisi said, “I put an emphasis on the scientific and practical eligibility of the proposed ministers.”