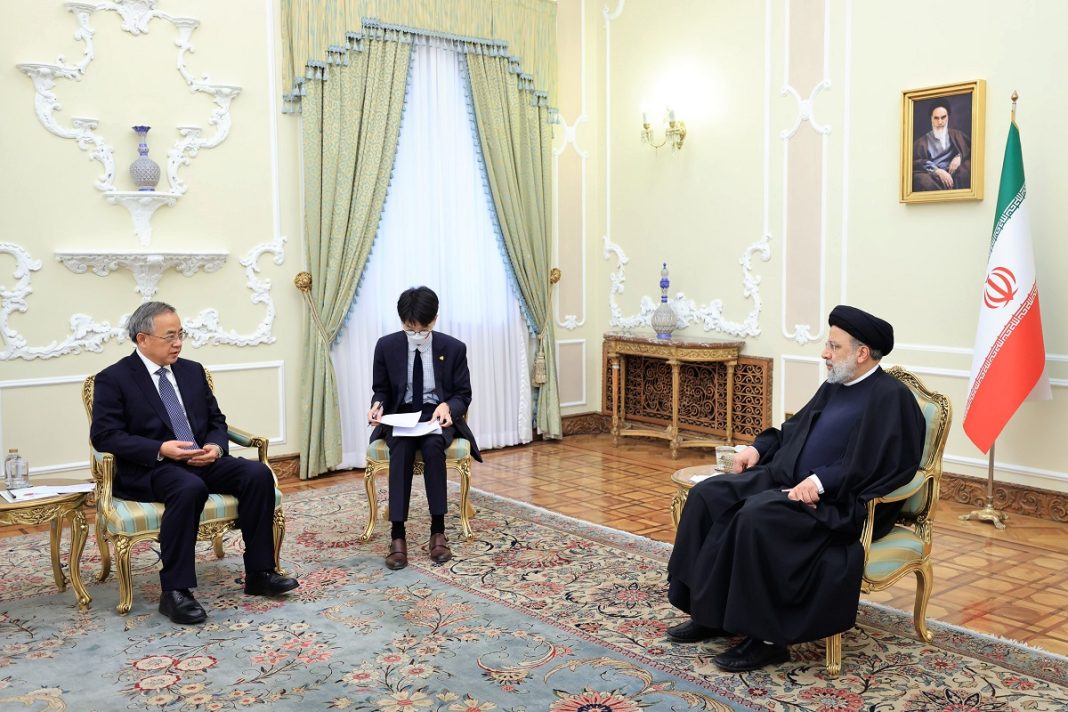 Iran’s President Ebrahim Raisi has told visiting Chinese vice premier that Beijing’s recent stance on some issues related to the Islamic Republic’s territorial integrity during the visit of China’s president to the Persian Gulf region annoyed the Iranian people and government.

President Raisi also underlined the need for Iran and China to implement their agreements signed during the visits of presidents of the two nations to Tehran and Beijing.

The Chinese vice premier for his part stressed that his country recognizes and respects Iran’s territorial integrity and national interests.

The Chinese official arrived in Iran on Monday afternoon at the head of a trade and economic delegation for the purpose of expanding bilateral ties.

China drew fire from Iranian officials and many citizens after the East Asian country’s president joined calls for the resolution of “the issue” of the 3 Iranian Persian Gulf islands of Greater Tunb, Lesser Tunb and Abu Musa during a visit to Saudi Arabia.

Iran considers the three Persian Gulf islands as inseparable parts of its territory. The United Arab Emirates claims the islands belong to the sheikdom.