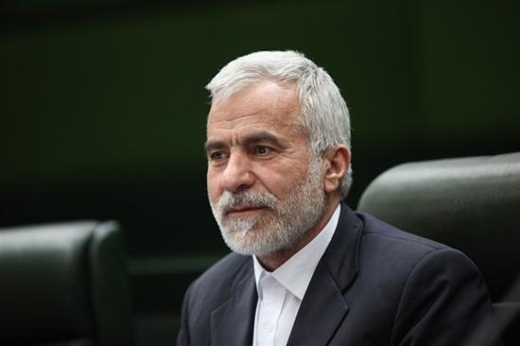 An Iranian MP has said that new charges should be leveled against the former vice-president for insulting the establishment and disputing the legislative elections.

An Iranian MP has called on the Judiciary to deal with Mohammad Reza Rahimi [a convicted former first vice-president under Ahmadinejad] for his recent letter [which has implicated as many as 170 MPs in a corruption case].

Entekhab, a news website, on February 1 ran an interview with Avaz Heydarpour, who represents Shahreza in the chamber and holds a seat on the Press Supervisory Board. The following is the translation of the interview which exclusively focused on the former vice-president’s letter claiming that he had paid some $400,000 in contribution to the campaigns of 170 parliamentary candidates:

Rahimi has made a mistake by taking the Iranian people for fool. He was handed down sentences in a court of law for his wrongdoings.

Rahimi insulted the Islamic Republic in the letter he released, alleging that he had given funds to candidates running for the eighth parliament. The biggest error a vice-president can do is to make irrelevant comments.

Back in 2008, the Iranian MPs were trying to impeach the late [Ali] Kordan [the then interior minister]. Rahimi, who had set his sights on higher positions, sought to kill the impeachment motion by providing certain MPs with five million tomans (over $1,500) in financial contribution.

He paid no money for election. In fact, he used the pretext of helping mosques to pay money – by order of Ahmadinejad – to keep Kordan in his job as interior minister.

A handful of deputies accepted that money, but – I repeat myself – the amount paid by Rahimi was not by any means for election [campaign].

Through his comments, this gentleman has disputed the [2008 parliamentary] elections. That’s why another file should be lodged against him and the prosecutor general should deal with the case in order not to allow others to do such a damn thing.

The allegations Rahimi have made are a gross insult to the [Islamic] establishment. He is claiming that his ill-gotten money has played a role in the outcome of the election. As far as I am concerned, he should be taken to court again.