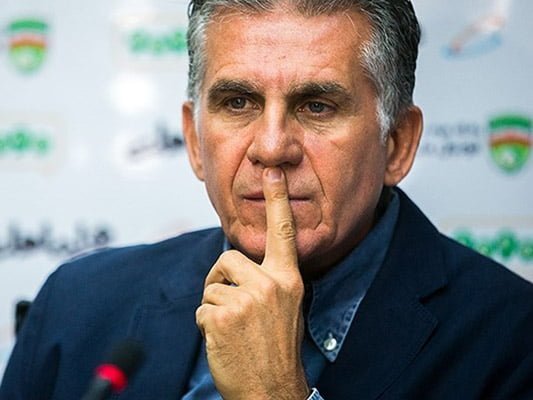 Carlos Queiroz, the head coach of Iran’s national football team, has lamented that “cruel sanctions” imposed on Iran are hampering efforts to prepare Team Melli for this year’s edition of FIFA World Cup.

Queiroz made the statement Saturday while speaking to reporters before a training session of Iran’s national football team, rejecting criticism that the Iranian football federation is neglecting to properly prepare Team Melli for the world tournament.

“Some people say why don’t we hold a friendly match with Italy. This is embarrassing. They know all issues very well,” he said.

“They know we don’t have necessary resources [and] no team plays against us. They know we face cruel sanctions,” Queiroz said, according to a report by Fars News Agency.

Queiroz was referring to unilateral sanctions US has placed on Iran for years. Washington has also vowed to impose the “highest level” of economic bans on Tehran unless it agrees to 12 demands.

Team Melli has so far held few friendly matches comparing to other participants in the world cup, worrying football fans who believe such matches play a big role in testing players’ capabilities.

As part of preparations for the 2018 World Cup, Iran was to hold friendly matches with Greece and Kosovo last week. But both matches were canceled.

In its last match before the tournament, Iran is to face Lithuania on Friday.