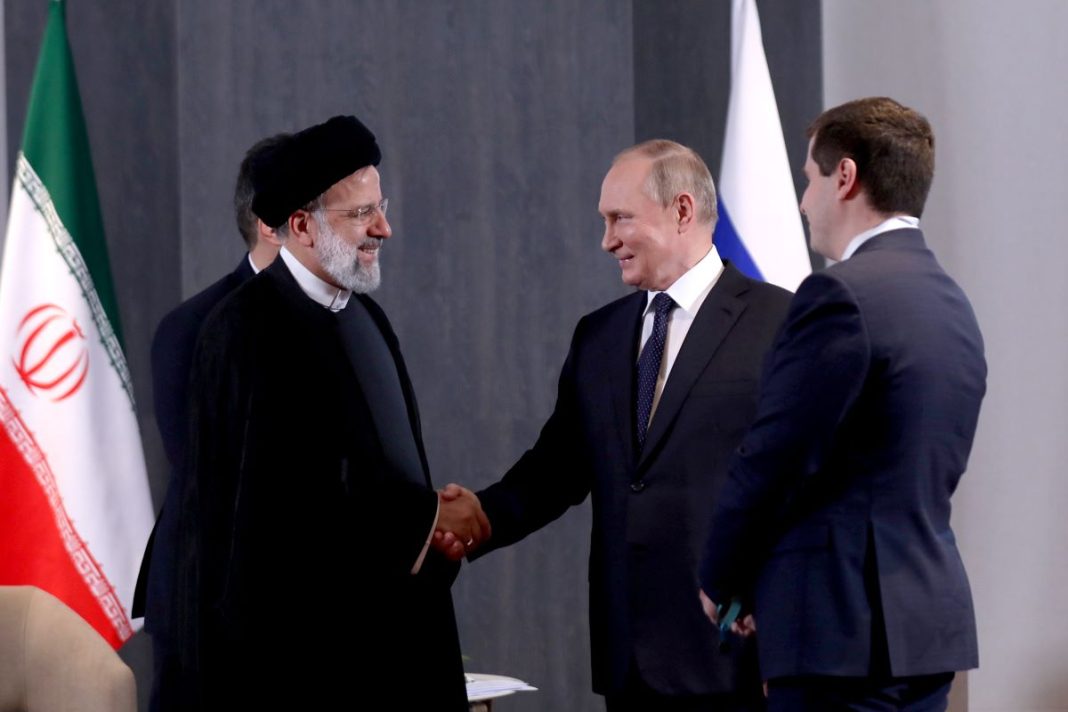 Russia’s President Vladimir Putin says threats posed by the NATO military alliance are not limited to Europe alone but goes beyond the continent.

The Russian leader made the remarks in a meeting with Iran’s President Ebrahim Raisi on Thursday in Uzbekistan where the two are attending the SCO summit.

Putin described the vies of Iran and Russia as convergent, in reference to NATO’s expansion policies.

Russia’s president also said his country did its utmost to help Iran become a full member of the Shanghai Cooperation Organization.

Putin noted that Russia is putting the finishing touches to a new grand deal with Iran, adding that the treaty shows that ties between Tehran and Moscow are being elevated to a strategic level.

He further said 80 Russian companies will send their representatives to Iran next week as efforts continue to expand bilateral ties.

He pointed to the extensive business ties between Moscow and Tehran, saying he was pleased with a rise in visits by economic officials of the two countries. Putin then said the size of bilateral trade between Tehran and Moscow rose by 81% last year and by 30% in the first 5 months of this year.

President Raisi, for his part, spoke about the US’s miscalculations in dealing with sovereign nations.

The Iranian president said the US thinks if it imposes sanctions on a country, that nation grinds to a halt, but this is a miscalculation on the part of Washington.

He stressed that the US sanctions can largely be blunted if Iran and Russia cooperate.

Raisi also thanked Russia for its assistance to pave the way for Iran to become a full member of the SCO.

The Iranian president underlined that the Islamic Republic is serious about expanding bilateral ties and said, “Our relations are nor ordinary but are strategic.”

Raisi said ties in the political and trade as well as space and aviation fields can be further expanded.