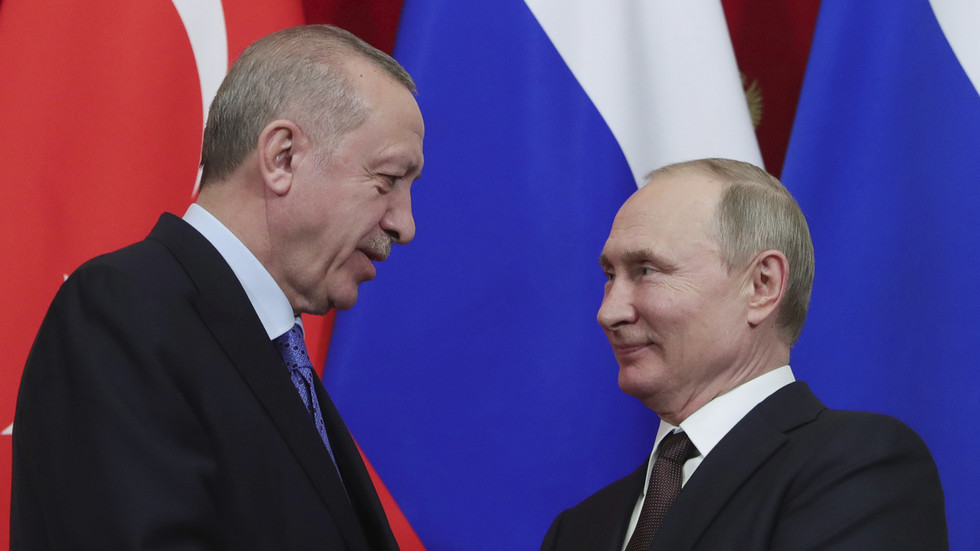 Russian President Vladimir Putin met with his Turkish counterpart Recep Tayyip Erdogan on Wednesday in the city of Sochi in southern Russia. It was the first face-to-face talks between the two leaders since the onset of the Coronavirus pandemic.

Peace in Syria depends on relations between Ankara and Moscow, Erdogan said on Wednesday in a summit with his Russian counterpart.

Speaking in the resort city of Sochi in southern Russia alongside Putin, Erdogan underlined the importance of his country’s joint actions with Moscow in the context of the Syrian conflict.

For his part, Putin stated that though his meetings with Erdogan were not always without problems, the institutions of their countries are able to reach resolutions between them.

He highlighted the significant role of cooperation between Ankara and Moscow in ensuring a truce secured last year after Azerbaijan liberated the Upper Karabakh region from neighboring Armenia’s occupation, as well as a strong and permanent peace between the two Caucasian nations.

Touching on economic relations between Ankara and Moscow, Putin underscored that Turkey’s investment in Russia had reached $1.5 billion and Russia’s in Turkey currently stood at $6.5 billion.

Major investment projects between the two countries continue as planned and bilateral trade between them has increased by 50% in the first nine months this year, making up for previous losses and achieving a major rise amid the coronavirus pandemic, added Putin at the investments in Sochi, where the meeting was taking place.

Erdogan was accompanied on his working visit by the head of the National Intelligence Organization Hakan Fidan, Communications Director Fahrettin Altun, and presidential spokesman Ibrahim Kalin.