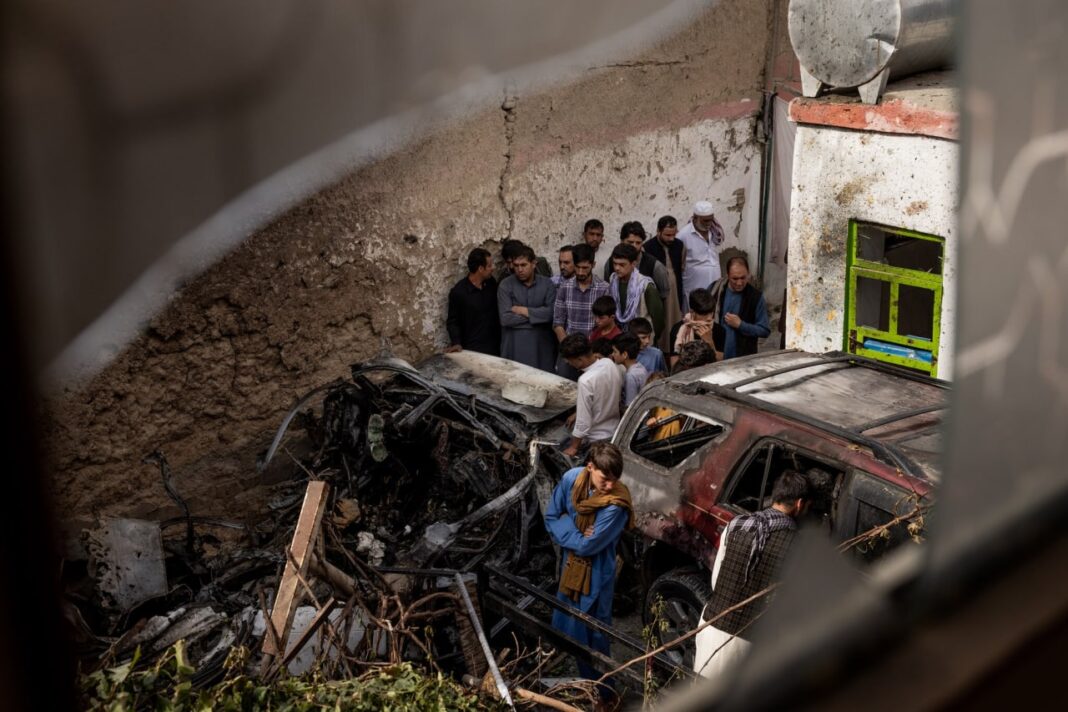 A US drone strike in the Afghan capital in August did kill a dangerous terrorist driving a car bomb, but an innocent Afghan aid worker employed by an American NGO and several children, a new investigation reveals.

The Pentagon’s official version said that the August 29 drone strike targeted a white Toyota belonging to Daesh that took credit for the killing of 13 American troops and nearly 200 Afghan civilians at the Kabul airport several days prior. Multiple officials claimed that “secondary explosions” proved the car was rigged with explosives.

A New York Times visual investigation published Friday, however, found no traces of secondary explosions, only the fragments of a Hellfire missile that killed Zemari Ahmadi and seven children.

The outlet conducted interviews with survivors on the ground, checked security camera footage and satellite imagery, and put everything together in a 10-minute video. Every step of the way, it shows that the official version of events simply doesn’t hold water.

Ahmadi had worked for 14 years at Nutrition & Education International, an American NGO that set up soy factories and distributed food to malnourished Afghans. He was having a normal day on August 29, picking up colleagues on the way to breakfast and the NGO office in the Karte Seh neighborhood of Kabul.

What the US military interpreted as a series of suspicious movements was a typical day in Ahmadi’s life, according to five men who were in the car with him, interviewed by a Times reporter. The “suspicious packages” he was loading into the car were containers Ahmadi filled with water at the office, because his neighborhood was dealing with a water shortage.

When Ahmadi drove home, the car was surrounded by neighborhood children. Yet the drone strike team claimed they had only seen one adult male present. An MQ-9 Reaper drone then fired one 20-pound Hellfire missile at the car.

The US military claimed large secondary explosions proved the car was in fact a bomb intended to kill Americans at the airport. One of the people who said so is Chairman of the Joint Chiefs of Staff General Mark Milley.

“At this point, we think that the procedures were correctly followed, and it was a righteous strike,” Milley told reporters on September 1, after the US airlift from Kabul ended.

The Times, however, reports its reporter showed photos and videos of the scene to three experts who all agreed the damage was consistent with a single Hellfire strike.

Just days before his death, Ahmadi had applied for a special visa to emigrate to the US with his family. Instead, they were killed in a drone strike the Pentagon triumphantly announced as the killing of a Daesh “facilitator”.

Local media and the Taliban immediately stated that the strike had killed civilians. The final death toll was three adults and seven children.