Presidential elections in the US and future of Iran-West ties 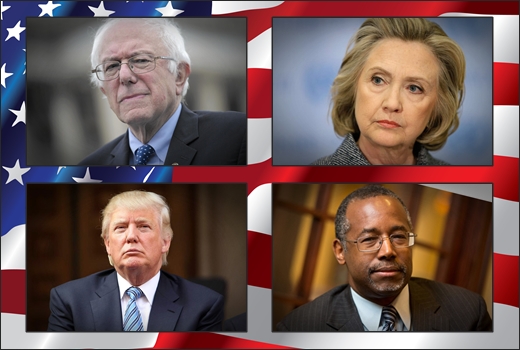 The wisest approach Iran can adopt before the US presidential elections is to take advantage of the current situation in the West to advance its interests and stabilize its rational image in the court of public opinion in the West.

With the US presidential elections heating up, Alef.ir’s Barzin Jafar-Tash has taken a look at the future of Iran’s ties with the West.

The following is the translation of the piece that was released by the news website on December 5:

The victory of Justin Trudeau in Canada was good news for Iran. The news was so good that some analysts described it as the collapse of the last anti-Iran stronghold in the West. On his first working days, Trudeau pulled out of the US-led anti-Daesh coalition and called for the resumption of ties with Iran. His foreign minister has also officially announced that the days of having special relationship with Israel are numbered.

In Britain too, the Labour Party by electing Jeremy Corbyn as party chairman, to a large extent, led the political atmosphere of the country toward wisdom. Jeremy Corbyn is critical of the intervention policies of the US and the West in the Middle East and is one of the veteran activists of the Labour movement.

As for Palestine, Jeremy Corbyn believes in a two-state solution and his meetings with members of the Lebanese Hezbollah Movement have proved problematic for him.

Given the problems France is grappling with and the threat of Daesh, French President Francois Hollande, too, can no longer emerge as a staunch supporter of Israel against Iran.

In such circumstances when blind, loud advocates of Israel are nowhere to be seen in the West, an atmosphere has been prepared for Iran’s political and economic maneuvering. Iran can capitalize on this atmosphere to boost its political ties with the world, the West in particular.

However, this proper international atmosphere will probably undergo change with the 2016 US presidential elections. In the Democratic camp, opinion polls put veteran US Senator Hillary Clinton in the lead with a vast margin.

Given Hillary Clinton’s record of currying favor with Israel and having animosity toward Iran, things will become hard for Iran in case she wins the 2016 elections.

In the Democrats’ last party debate, when she was asked which enemy she made during her political career she was most proud of, she said without hesitation and in a loud voice: “Well, in addition to the NRA, the health insurance companies, the drug companies…the Iranians…. probably the Republicans.”

According to opinion polls, in the other camp (the Republicans), there is a neck and neck competition. Jeb Bush and Senator Ted Cruz who are among the Republicans mainstream – and almost logical – hopefuls are lagging behind Ben Carson and with a wider margin behind Donald Trump.

Trump, the billionaire businessman, with his controversial and dramatic campaign is in the lead with a comfortable margin.

Trump who is known for his racist stances has problem with all US minorities from blacks, to Hispanics, to women and Muslims. He is also one of the staunch opponents of the Iran nuclear agreement. Trump believes that with this agreement, Iran has fooled the US.

In general, none of the Republican candidates have much of a chance versus Hillary Clinton.

Senator Bernie Sanders is the only hopeful for the US presidential elections whose opinions with regard to Iran and Israel differ from other candidates and his triumph can herald a new era both for Iran and the world.

The 74-year-old Sanders is from Vermont. He has been a Black Civil Rights Movement activist and as he says he is the only Socialist at the US Congress. He has turned down big financial aid from corporations and political lobbies, and identifies himself as the representative and supporter of the low- and middle-income families of society. Sanders was among the first Senators who boycotted Netanyahu’s speech at the US Congress, he has rallied behind nuclear agreement with Iran and has publically announced he does not support Benjamin Netanyahu.

However, in primaries and caucuses Senator Bernie Sanders has his work cut out for him taking on a powerful and well-known Clinton.

In such circumstances, the victory of any of the US candidates, except for Senator Bernie Sanders, will create a hard international atmosphere for Iran in 2016.

All these candidates are unconditional supporters of Israel and share a harsh and sometimes irrational enmity toward Iran.

In a condition like this, the wisest approach Iran can adopt during the remaining one year till the US presidential elections is to take advantage of the current logical and proper situation in the West to advance its interests and stabilize its rational image in the court of public opinion in the West.

If Iran takes that step, even the election of an anti-Iran and pro-Israel president will not tilt the balance, and the project that identifies Iran as a security threat and isolates Iran will not be placed back on the agenda.

With the nuclear agreement nearing implementation, the threat Daesh poses to the West and the existence of moderate and logical governments in the West, now it remains to be seen what will happen to Iran-West ties.