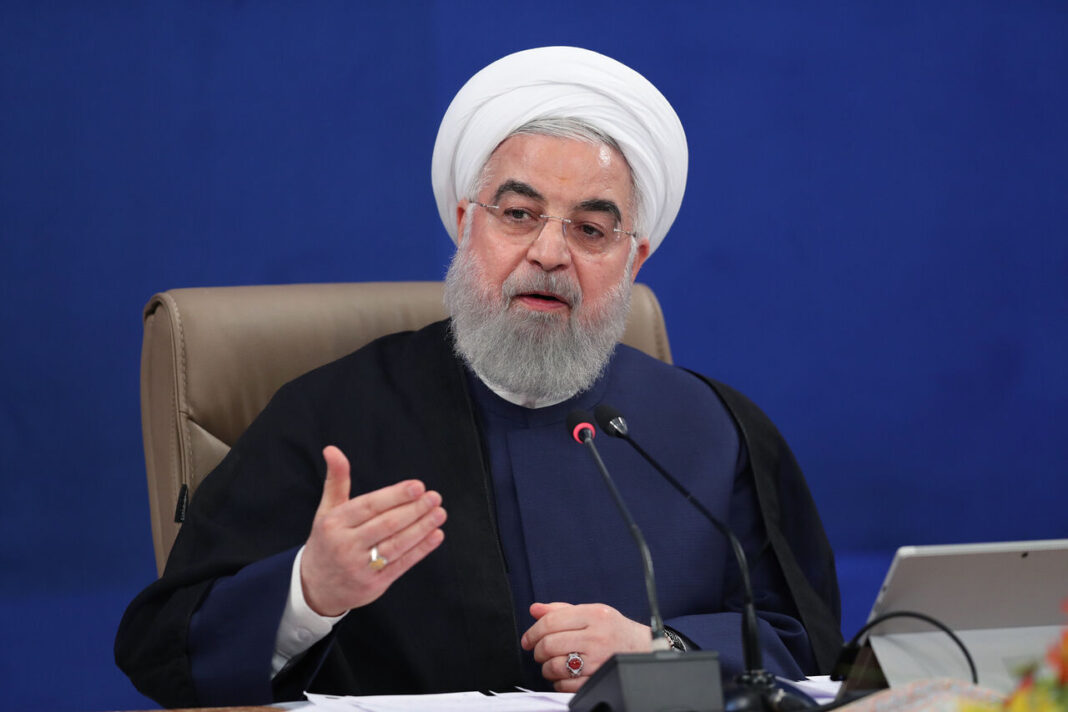 Iranian President Hassan Rouhani has called on the four permanent members of the UN Security Council, particularly Russia and China, to stand against a US plot to extend an arms embargo against Iran, stressing that Tehran will boost its defense power regardless of the US attempts.

Addressing a weekly cabinet session on Wednesday, President Rouhani lashed out at the US for its attempts to maintain an arms embargo on Iran which is going to terminate in October according to the 2015 nuclear deal.

“In the coming weeks, as Iran will reach a stage in the month of Mehr (October) when, according to the Resolution 2231, all arms embargoes against Iran will be terminated, the Americans are angry and irritated about such important and major day for the history of defense in Iran from now. They are drafting a resolution, they want to propose it in the (UN) Security Council,” the president said.

“We expect our two friend countries in particular, namely Russia and China, to stand against such plot,” he added.

“As all various plots that the US has hatched against us until now have ended in failure, we are confident that it will not achieve success in this plot either. And we will do our utmost to boost our defense capability. The Americans must realize that Iran’s defense capabilities will increase under all circumstances, be it under difficult conditions or under sanctions, whether or not they propose a resolution, they do something or not, or they harm the resolution 2231,” the president stated.

President Rouhani also denounced the US for its bully-style policies, noting, “We have known since the past that the policy of the US is the policy of ‘kneeling on neck’. They (Americans) have been always like this throughout history. They have pressed their knee on the neck of every oppressed person they have found in order to kill him. This is their policy, not the policy of a single cop in a single city. This is basically the US policy.”

“But the great Iranian nation broke that knee. They (Americans) wanted to do the same in 2018. They brought the knee close to the throat of the (Iranian) nation. But our dear nation smashed their knee with the giant sledgehammer of national unity and solidarity. Now they (Americans) have no knee anymore to put pressure on the Iranian nation. This is their policy, they are again after conspiracy,” he stated.

“In the recent years when we were under difficult conditions caused by sanctions, we designed the best air defense systems, and hit a US drone with the very same system. We shot down the US drone with the Iranian system,” the president emphasized.

“Therefore, we will be enhancing our defense power. On economy, our people should know that we will be doing our utmost to reduce pressures on people,” he concluded.