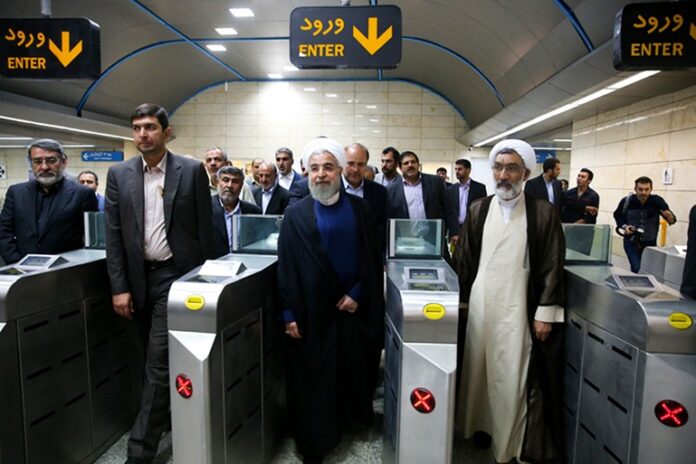 Line 3 of the capital’s subway is now the longest metro line in the entire Middle East.

A new stretch of Line 3 of Tehran Subway was inaugurated at a ceremony on Tuesday.

On hand for the inaugural were President Rouhani, his chief of staff Mohammad Nahavandian, Justice Minister Mostafa Pourmohammadi, Tehran Governor Hashemi and the mayor of the capital Mohammad Bagher Ghalibaf.

The inauguration makes Line 3 of the capital’s subway the longest metro line in the entire Middle East.

The following images of the inauguration have been released by president.ir: