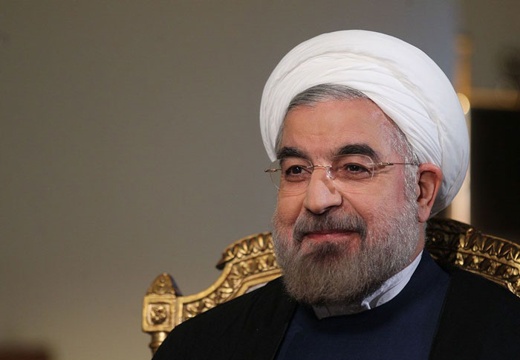 The president thanked the Iranian nation for their “steadfastness and perseverance” and the Supreme Leader for his “generous guidance”.

President Hassan Rouhani has described the nuclear understanding between Iran and P5+1 as something that will be carved in the historic memory of the Iranian nation.

In a televised speech Friday afternoon, the president thanked the Iranian nation for their “steadfastness and perseverance” and the Supreme Leader for his “generous guidance” during the talks.

He said his government remains committed to the promises it has made to the Iranian nation and the joint statement Iran and P5+1 issued in Lausanne Thursday helped it get one step closer to fulfillment of a promise that centrifuges will spin along with the wheels of the economy.

The president said his government views preservation of the rights of the nation, termination of sanctions and constructive interaction with the rest of the world as very important.

That P5+1 has recognized Iran’s right to enrich uranium on its soil is important and amounts to admission that Iran’s enrichment activity poses no threat to the rest of the world, the president said.

President Rouhani added all sanctions will be lifted on the very same day the deal between Iran and P5+1 takes effect.

“Some believe we either have to fight the rest of the world or capitulate. We believe there is a third way. We can interact with the world and this approach has worked,” the president said.

Initially sanctions were slapped on Iran to bring it to its knees, when the tactic failed to produce its intended results, the West said the sanctions were simply meant to bring Iran to the negotiating table, the president said.

He stated that Iranians are not in the business of deception and hypocrisy, but the other side should keep its end of the bargain.

The president said the talks have been a first step in the direction of interaction with the world. We stretch out a hand of friendship to the international community; we seek an end to tension and we view cooperation as beneficial to everyone.

In conclusion, he reached out to economic players and the Iranians to contribute to efforts to secure economic prosperity, promote employment, expand non-oil exports and have healthy political rivalry in the upcoming parliamentary elections.