Preconditions Must Be Removed Before Any Talks: Rouhani 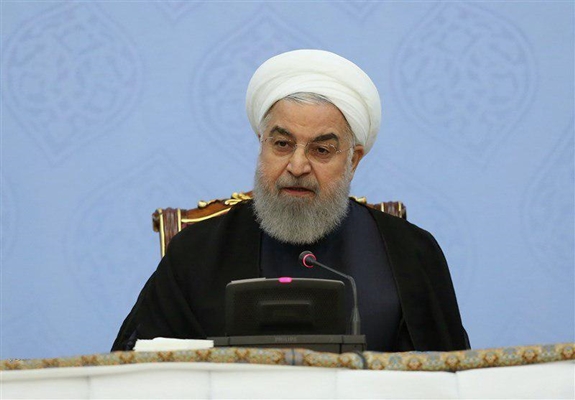 Iran’s president says the country would not sit for talks with the US as long as there are preconditions and the sanctions are not removed.

Hassan Rouhani said on Tuesday only if the sanctions are lifted, it is possible to hold negotiations within the framework of the P5+1 and without any preconditions for Iran.

Speaking in a meeting with senior US media executives, the Iranian president said, “Stopping the continuation of the sanctions, which have been enforced under the maximum pressure policy, is a prerequisite for the US to negotiate; while for us to negotiate, any precondition must first be removed.”

The president further referred to the claims that Tehran was behind a September 14 attack on Saudi oil facilities, and said, “It is a shame that the basis for accusing Iran of attacking Aramco is simply that they do not want to accept that the Yemeni army has the military capability to launch missile and drone strikes.”

“This means those who accuse Iran have no realistic estimation of the Yemeni military developments. They have closed their eyes and are merely speculating.”

“The weakness of the radar and defence systems on the claimed route of these missiles and drones cannot be denied, and the Yemenis have in fact humiliated the US and warned those who supply Riyadh with weapons,” he added.

Iranian President Hassan Rouhani is in New York to attend the 74th meeting of the UN General Assembly, where he plans to convey the message of Middle East peace to the world.