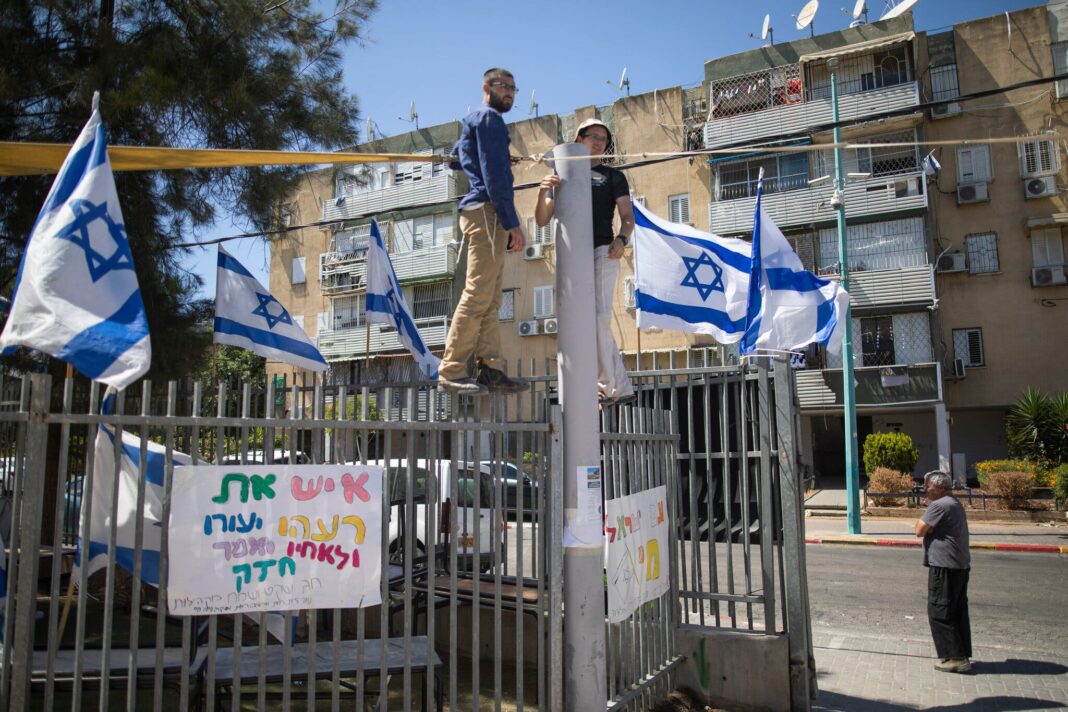 Many Israeli settlers say they are ready to evacuate their settlements if Israel reaches a peace agreement with the Palestinians, according to a recent study carried out by Israel's Bar Ilan and Richman universities.

According to their findings, 47 percent of those asked were willing to accept a two-state solution. Seventy-seven percent said they were ready to evacuate their settlements if such a decision was made by Israel’s government.

Those findings did not come as a surprise to David Elhayani, the chairman of the Yesha Council, an umbrella organisation of all local authorities in the Jordan Valley, Judea, and Samaria (the Jewish names for the West Bank).

He says the positive answers of those who participated in the poll can be put down to the majority of settlers being “law-abiding citizens”.

“Of course, there might be passive rejection of the decision, but the majority of citizens will not stir up problems. They will leave, if such a decision is made. But the way I see it, it won’t happen any time soon,” he added.

The reason for this is the weakness of the Israeli coalition and the fact that it is comprised of eight parties with quite conflicting ideologies.

The government of Prime Minister Naftali Bennett that was sworn in in June contains some hawkish elements, including the PM’s party Yamina, New Hope of Justice Minister Gideon Saar, and Israel Beitenu of Finance Minister Avigdor Lieberman.

It also contains some liberal circles like the Labour Party and the left-wing Meretz, and the coalition enjoys the support of Raam, an Islamic faction believed to be linked to the Muslim Brotherhood movement.

With such a constitution, the coalition has so far been struggling to agree on major issues splitting Israeli society. Such was the case with the so-called citizenship bill that bans granting permits to Palestinians who marry Israelis to live with their spouses in Israel.

And Elhayani believes it will also be the case with the issue of Jewish settlements – if it ever reaches the desk of Israeli decision-makers.

Yet, the fragility of the current coalition is far from being the only reason preventing decision-makers from taking a decision on the evacuation of the West Bank’s Jewish settlements. Another factor bogging down progress is public opinion.

The issue of Jewish settlements has always been an apple of discord – ever since the first ones appeared in the area in the 1960s after Israel captured the West Bank from Jordan in the Six-Day War.

But the sentiments around the issue reached a peak in 2005, following the evacuation of 22 Jewish settlements in the Gaza Strip.

“For many Israelis, it was a real shake-up and many have struggled to accept it. Another evacuation of this sort will be hard to contain and it will be difficult to execute,” explained Elhayani.

Today, there are 132 settlements and 140 outposts in the West Bank, housing more than 440,000 Jewish settlers. Uprooting, resetting, and compensating them will be a tough issue for any Israeli government. But what’s also going to be tough is the security threats that such a move could entail.

The evacuation of Jewish settlements in the Gaza Strip is believed to have paved the way for Hamas to take over the area. And since they took over the rocket attacks that started in 2001 have only become stronger.

Since then tens of thousands of rockets have been launched towards Israel, disrupting the lives of the country’s south, and Elhayani believes history might repeat itself if decision-makers in Tel Aviv opt to take a similar move in the West Bank.

“We don’t have the privilege to leave the place and give the Palestinians a chance to establish their own state. We can’t take those risks and hope that Hamas will not take over and wreak havoc on our towns and cities. And this is why we will continue to resist this possibility and will fight any attempts to evacuate us,” Elhayani summed up.